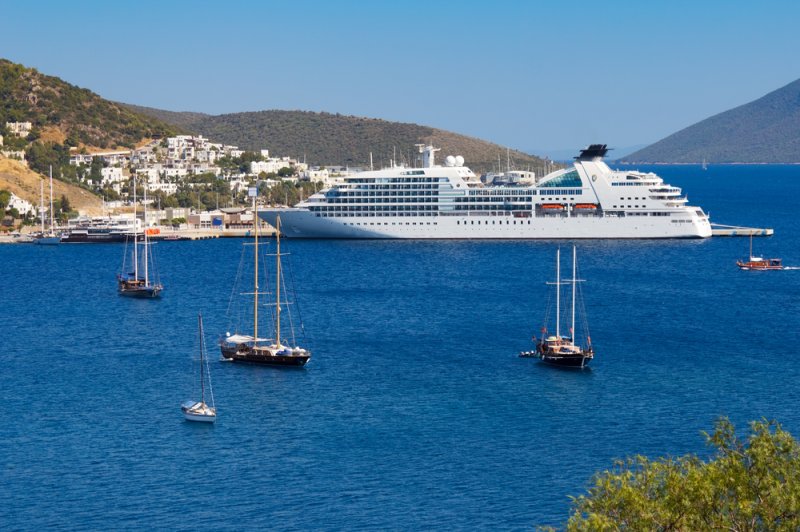 A cruise ship is pictured on the Aegean sea in Bodrum, Turkey. Interpol says would-be jihadists are now traveling in style from Turkish ports to Syria. Dimos/Shutterstock

"Because they know the airports are monitored more closely now, there's a use of cruise ships to travel to those areas," said Interpol counter-terrorism director Pierre St. Hilaire, who said cruise ship checks should be beefed up.

Prospective fighters can disembark undetected on regular stops at ports — particularly Turkey's coastal town of Izmit — then make the journey onward to Syria or Iraq, untracked by security agencies, he added.

"Originally, our concern about dangerous people on cruise ships focused on the classic sort of rapist, burglar or violent criminal," said outgoing Interpol chief Ronald Noble. "But as we've gathered data, we've realized that there are more and more reports that people are using cruise ships in order to get to launch pads, closer to the conflict zones, of Syria and Iraq."

The United Nations estimates that close to 15,000 foreign jihadists from more than 80 nations have fought with Islamic State militants and other extremist groups in Syria and Iraq. 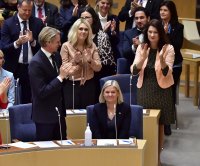 World News // 21 hours ago
Nuclear talks with Iran resume after six-month hiatus
Nov. 29 (UPI) -- For the first time in six months, discussions to revive the Iran nuclear deal began on Monday in Vienna.