World Health Organization staff working at an Ebola center in Kailahun, Sierra Leone, have been temporarily withdrawn after a colleague contracted the deadly virus. 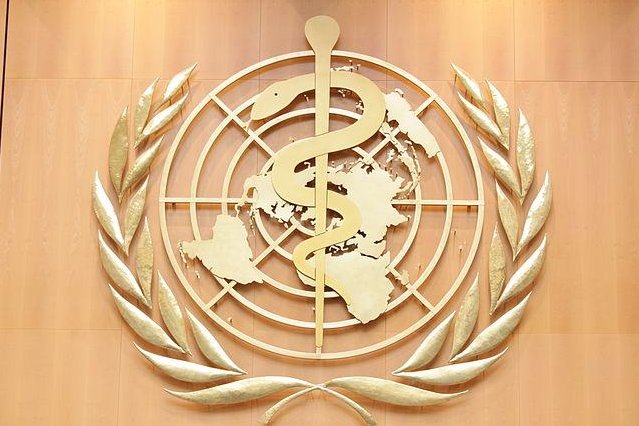 The World Health Organization announced on August 26, 2014 that it is temporarily withdrawing staff from an Ebola center in Sierra Leone. (U.S. Mission Geneva)

The World Health Organization announced Tuesday it is temporarily withdrawing staff from an Ebola center in Sierra Leone, after a worker became infected. (UPI/FILE/EC/ECHO)

GENEVA, Switzerland, Aug. 27 (UPI) -- The World Health Organization announced Tuesday that it is temporarily withdrawing staff from an Ebola center in Sierra Leone, after one of its workers became infected with the deadly virus.

An epidemiologist with WHO's Global Outbreak Alert and Response Network was working in Kailahun when he became infected. It is unclear how the medical professional contracted the virus. WHO announced on Tuesday that a team had been dispatched to Kailahun to investigate the circumstances of the infection.

"Once investigation has been completed, appropriate actions have been taken, WHO will move back to Kailahun," the health organization wrote via Twitter. The relocated staff are currently on "standby" in the capital city of Freetown until the investigation is complete.

WHO acknowledged that pulling back WHO health workers from the Ebola center in Kailahun "will interrupt work in the field short term, but it ensures we protect health workers, help community longer term."

WHO temporarily pulled back our health workers from Kailahun, #SierraLeone, after one of us was infected w/#Ebola

WHO's representative in Sierra Leone, Dr. Daniel Kertesz, said the decision to temporarily pull back "was the responsible thing to do." The medical staff at Kailahun was not only traumatized by the death of their colleague, but "They are exhausted from many weeks of heroic work, helping patients infected with Ebola. When you add a stressor like this," Kertesz observed, "the risk of accidents increases."

The health organization has cautioned that exhaustion can lead to errors on the job, a risk heightened when treating infectious disease.

RELATED Poll: 26 percent of Americans believe they will get Ebola

As of August 20, WHO recorded 910 cases of confirmed, probable and suspected cases of Ebola in Sierra Leone, a significant portion of the 2,615 cases recorded in West Africa since the outbreak began earlier this year.

World News // 1 hour ago
'Rude' South Korea penguin invited to attend parliament
Sept. 25 (UPI) -- A South Korean penguin character with a reputation for making curt remarks and sneering at its boss has been requested to take part in a parliamentary audit.

World News // 4 hours ago
Kim Jong Un apology for South Korean death not enough, defector says
Sept. 25 (UPI) -- A high-profile North Korean defector and lawmaker said a tougher South Korean response is needed in the wake of the slaying of a South Korean official in North Korea, following his disappearance at sea on Monday.

World News // 4 hours ago
EU appeals $15B Apple-Ireland antitrust setback to highest court
Sept. 25 (UPI) -- The European Union said Friday it will appeal a court decision that dismissed a claim against Apple that said Ireland unlawfully granted billions in aid to the U.S. tech company. 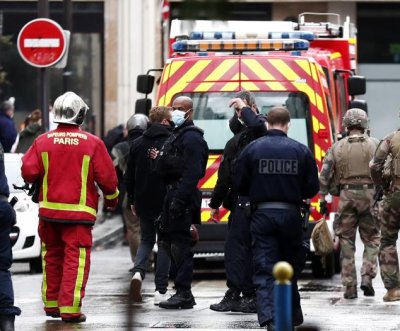 World News // 4 hours ago
At least 2 stabbed in Paris near site of 2015 Charlie Hebdo attack
Sept. 25 (UPI) -- French police arrested a man Friday after they say he stabbed at least two people outside the former offices of satirical newspaper Charlie Hebdo, which was the scene of a deadly terrorist attack five years ago.

World News // 23 hours ago
German bishops announce higher payments to Catholic abuse victims
Sept. 24 (UPI) -- A conference of German Catholic bishops introduced a new model on Thursday to pay survivors of abuse within the church, which could pay each more than $50,000.

World News // 23 hours ago
TikTok applies for Chinese license to export technology
Sept. 24 (UPI) -- TikTok's parent company, ByteDance, requested permission from Beijing to export its technology, as the company's executives work furiously to push through a deal with Oracle and Walmart before a November deadline.