17 Ebola patients may be missing after clinic attack

Contrary to initial reports, 17 Ebola-infected patients may have escaped after looters attacked a clinic in Liberia on Saturday. 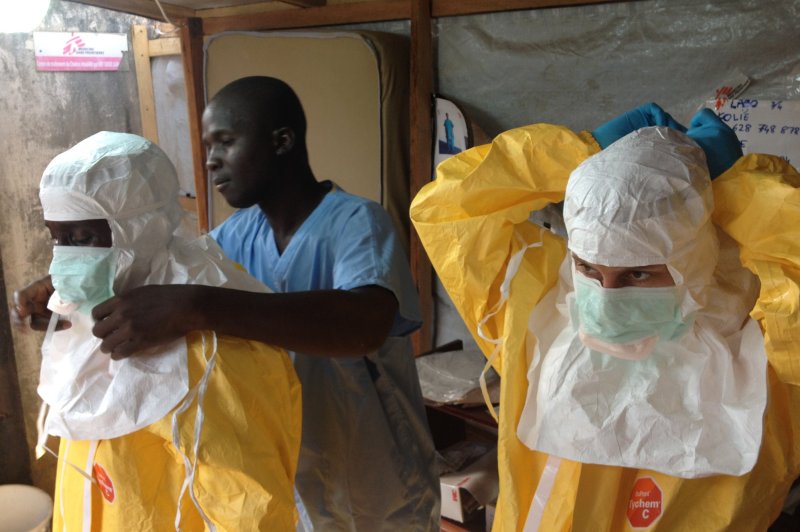 For the first time in West Africa, a case of Ebola was confirmed on 21 March, three weeks after the first alert of a possible viral haemorrhagic fever emerged from Guinea’s Forest region.Though frightening and very lethal, relatively simple precautions can break the cycle of transmission and stop the epidemic from spreading. The European Commission’s Humanitarian Aid and Civil Protection department (ECHO) supports MSF, WHO and IFRC in their efforts to contain the epidemic. UPI/FILE/EC/ECHO/

Saturday's attack sparked fears that items carried away from the clinic would accelerate the spread of the deadly, highly contagious infection.

While Assistant Health Minister Tolbert Nyenswah said all 29 patients who had been at the center in Monrovia's densely populated West Point township had been moved to the city's John F. Kennedy Memorial Medical Center.

But witnesses said they saw patients fleeing, an account confirmed by George Williams, the head of the Health Workers Associations of Libera.

Williams said 17 of the patients escaped, three were taken by their relatives and nine others had already died.

The attack on the center is a major setback for the efforts to combat the spread of the disease in Libera, particularly in West Point, a slum where more than 50,000 people are believed to reside. Ebola is spread by bodily fluids, including sweat and blood, and the looting of bedding as well as the escape of infected patients into the population could worsen the spread of the disease in a skeptical community.

At the end of last week, the World Health Organization said the death toll in the ebola outbreak had risen to 1,145. At least 2,127 cases have been reported from its start in Guinea in February, Sierra Leone, Nigera and Liberia. More than 400 of the dead are in Liberia.