Sistani commended Prime Minister Nouri al-Maliki's decision a day earlier to step down, saying that doing so would allow the new government to "fix mistakes."

It was revealed on Wednesday that on July 9 the powerfully influential Sistani penned a letter to Maliki's Dawa party, telling them that due to "critical circumstances," alluding to the political and security crises gripping Iraq, "I see the need to speed up the selection of a new prime minister who has wide national acceptance."

Most Dawa leadership committee members were receptive, said Dawa parliamentarian Ali al-Alaq. "Before this, no one in the leadership had openly expressed an opinion about a change... But after, we were unanimous, or actually 10 to 1."

The party moved forward in late July with a statement that it would "adhere to the principle of sacrifice" for the best of the country, despite Maliki's refusal to step down.

After Iraqi President Fouad Massoum announced Abadi as Maliki's successor, Maliki refused to step down. As recently as Wednesday evening, Maliki asserted it was his "ethical and patriotic duty" to remain in office until Abadi was confirmed by a federal court.

Despite days of political tension in which Maliki's words and actions raised concern of a potential coup, Maliki announced his resignation on Thursday.

It is likely that mounting pressure from Iraqi politicians, Sistani and Iran influenced Maliki's decision to step aside and allow Abadi to move forward with government formation. 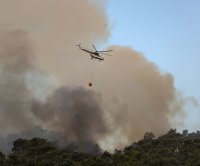 World News // 22 hours ago
2 dead after British-operated oil tanker attacked in Arabian Sea
July 30 (UPI) -- An oil tanker came under attack off the coast of Oman in the Arabian Sea and led to the deaths of two European crew members, officials said Friday.

World News // 1 day ago
Japan extends COVID-19 emergency for Tokyo, covers 4 new areas
July 30 (UPI) -- The Japanese government on Friday extended a state of emergency in Tokyo and made the declaration for four additional prefectures due to spiking COVID-19 cases, aided by he Delta variant. 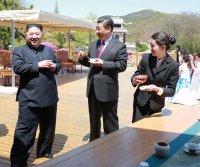