A day after Malaysia Airlines Flight 17 was shot down over eastern Ukraine, Russian President Vladimir Putin expressed sympathy for the crash that claimed 298 lives and then proceeded to blame the Ukrainian government for the attack.

MOSCOW, July 18 (UPI) -- Russian President Vladimir Putin expressed a mixture of sympathy and blame in response to the downing of Malaysia Airlines Flight 17 over eastern Ukraine on Thursday.

At a meeting about the economy on Friday, Putin began by offering his condolences.

"In the name of the Russian leadership and the Government of the Russian Federation, we express our condolences to all the victims' families and the governments of the nations whose citizens were on that plane."

After a moment of silence, Putin blamed Ukraine for the downed passenger jet, which was shot down over eastern Ukraine, where pro-Russian separatists have been battling Ukrainian armed forces for months.

"And certainly, the government over whose territory it occurred is responsible for this terrible tragedy."

In a televised address on Friday about the situation in Ukraine, Obama praised the peace efforts of the Ukrainian government and condemned the provocative actions of Russia in arming and training separatists across the border.

MH17 was shot down by a surface-to-air missile in rebel-controlled territory.

"A group of separatists can't shoot down military transport planes or, they claim, shoot down fighter jets, without sophisticated equipment and sophisticated training. And that," Obama said, "is coming from Russia." 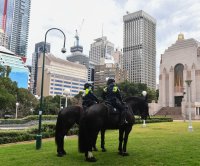 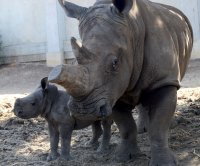 World News // 19 hours ago
South African rhino poaching increased 50% this year, still lower than before pandemic
July 31 (UPI) -- The was a 50% increase in the number of rhinoceroses killed in the first six months of 2021 in South Africa compared to the same period last year. 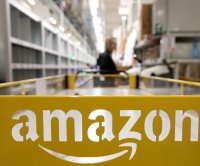