A metro strike in Sao Paulo has been suspended, mere days before the World Cup opening match. The metro workers' union, however, threatened to resume the strike on Thursday if their demands for increased pay and reinstatement of dismissed employees are not met. 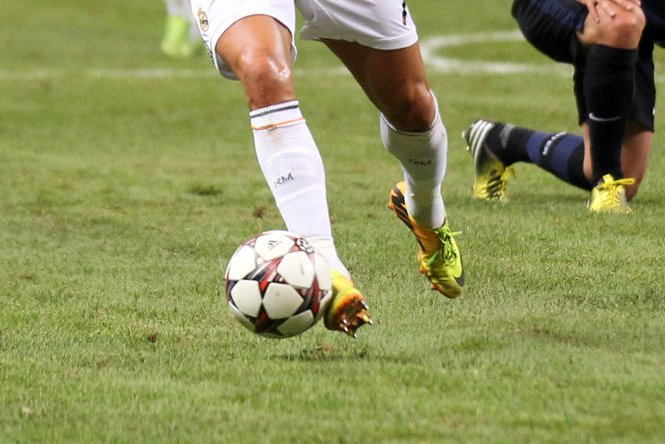 The five-day metro strike in Sao Paulo, where the World Cup tournament is set to begin on Thursday, has been suspended so that negotiations can be held. UPI/Bill Greenblatt | License Photo

BRASILIA, Brazil, June 10 (UPI) -- The five-day metro strike in Sao Paulo, where the World Cup tournament is set to begin on Thursday, has been suspended so that negotiations can be held.

The metro workers went on a five-day strike to protest low wages. Despite the announced pause on Tuesday, the metro workers' union threatened to resume the strike on Thursday if their demands for a pay raise and reinstatement for dismissed workers are not met.

The metro workers are seeking a 12.2 percent salary increase in response to the government's $15 billion expenditure on the soccer tournament. The expense has been drawn primarily from public funds, prompting anti-World Cup demonstrations. Protesters criticize the government for investing billions of dollars into a sporting event when the money should be put toward social projects, including housing and salary increases for public servants.

The government is attempting to force metro employees back to work by court order and threat of job loss. A metro spokesman said that as of Monday, 60 pink slips had been issued to staff reportedly involved in the strike.

A union spokeswoman insisted that the dismissed metro workers must be reinstated in order for negotiations to move forward.

Continued disruption of the metro rail could impact Thursday's opening World Cup match between Brazil and Croatia, which will be played at a stadium on the outskirts of Sao Paulo.

Tensions flared Monday when police used tear gas to disperse a crowd of 300 demonstrators who had assembled around Ana Rosa station in central Sao Paulo.

World News // 2 hours ago
European Union agrees to ban products tied to deforestation
Dec. 6 (UPI) -- The European Union on Tuesday provisionally agreed to a new law that would ban importing products connected with deforestation, a win for environmentalists.

World News // 6 hours ago
Al Jazeera asks for ICC to investigate Abu Akleh's death
Dec. 6 (UPI) -- The Al Jazeera Media Network said it officially filed a request to the International Criminal Court to conduct an investigation and prosecution of those responsible for the death of its journalist Shireen Abu Akleh in th

World News // 7 hours ago
Russia ramps up missile attacks on Ukraine after airfields hit
Dec. 6 (UPI) -- Russia slammed Ukraine with another barrage of missiles Monday night into Tuesday, hitting electrical plants and other civilian infrastructure facilities as another explosion hit a Russian airfield.