The move could disrupt Israeli-Palestinian relations. 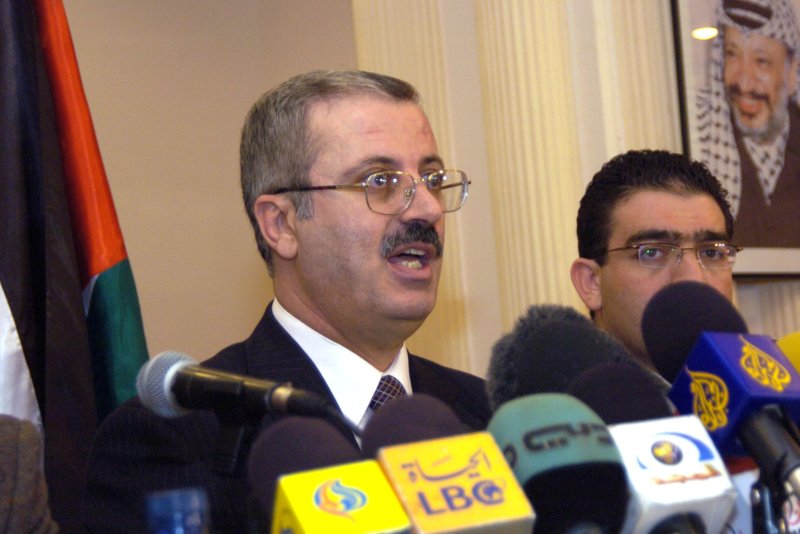 JERUSALEM, May 29 (UPI) -- The prime minister of the Palestinian Authority was charged with the task of forming a new government Thursday, a move that could disrupt Israeli-Palestinian relations.

Palestinian Authority President Mahmoud Abbas, in a letter Thursday, asked Prime Minister Rami Hamdallah to construct the transitional government in line with a pact between Abbas' Palestine Liberation Organization, dominated by the mainstream Fatah nationalist ideology, and its rival Hamas, which controls Gaza. The agreement between the groups was reached in March.

Israel has already warned it would not deal with Hamas or a government Hamas supports. Like the United States and the European Union, Israel considers Hamas a terrorist organization. Meanwhile, Hamas has not recognized Israel's legitimacy. A consensus government in the Palestinian territories that includes Hamas could prove to be another source of tension, with Hamas' position strengthened.

Israeli officials said, though, Abbas could be held accountable for any action Hamas undertakes against Israel. If any rockets were fired into Israel by Hamas militants in Gaza, Abbas "will become an address for our first response," said an unidentified Israeli official.

After the unified government was announced, Israel broke off U.S.-sponsored peace negotiations, barred high-level meetings between Israeli and Palestinian officials, and said it would deduct money from monthly tax revenues it collects -- on behalf of the Palestinian Authority -- to pay Palestinian debts to Israeli utility companies.

World News // 44 minutes ago
North Korean workers, volunteers warned against disobedience
June 24 (UPI) -- North Korean workers have no right to refuse state orders, the regime's media said Thursday, as the country could be preparing to overcome a food shortage amid the coronavirus pandemic.

World News // 3 hours ago
South Korea discloses list of Korean War abductees for first time
June 24 (UPI) -- South Korea is disclosing the names of thousands of citizens who were abducted to the North during the 1950-53 Korean War, a first for the country in seven decades.

World News // 4 hours ago
Russia warns Britain over ship near Crimea, says video shows warning shots
June 24 (UPI) -- Amid a military skirmish involving a British warship in the Black Sea and purported warning shots fired by Russian forces, Moscow hinted on Thursday that next time they might target the ship itself.