An alleged video of a conversation between top Turkish officials plotting an attack on militants in Syria spread fast on the video-sharing site.

This comes barely a week after Turkey banned Twitter before local elections -- a ban suspended by a Turkish court on Wednesday. The state-run news agency, Anadolu, confirmed the ban as an "administrative decision" by the Turkish Telecommunication Authority. The Foreign Ministry issued a statement promising the strictest punishment for those responsible for the leak.

"Eavesdropping on a top secret meeting and leaking recordings is a wretched attack and a grave offense on national security," the statement read, according to Anadolu.

“Justification can be created,” says a voice, allegedly Fidan’s, according to a report in the newspaper Today’s Zaman. “The matter is to create the will.”

The Foreign Ministry called the tape doctored and Davutoglu called the leak a "declaration of war."

The ban on Twitter was placed after links were circulated on the social networking that appeared to implicate Turkish Prime Minister Recep Tayyip Erdogan in a corruption scandal. 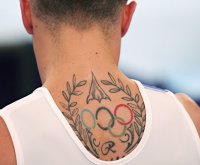 World News // 10 hours ago
India monsoon death toll rises to 164 as incessant rains continue
July 26 (UPI) -- The death toll from floods triggered by torrential monsoon rains and landslides in the western Indian state of Maharashtra rose to 164 on Monday as rain continued across the region, officials said. 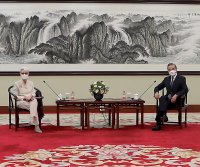 World News // 12 hours ago
U.S., China square off in rare diplomatic meeting in Tianjin
July 26 (UPI) -- A meeting of senior U.S. and Chinese diplomatic officials in the Chinese city of Tianjin ended without a joint statement and drew attention to ongoing disputes over human rights and foreign policy. 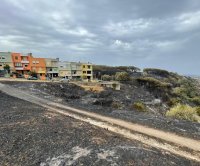 World News // 12 hours ago
Sardinia fires damage homes, business as Italy pleads for help
July 26 (UPI) -- Italy received assistance from the rest of Europe on Monday as wildfires spread over 50,000 acres in the southwest of the island of Sardinia.
Advertisement