UNESCO warns ancient Pompeii may collapse if nothing is done

"We need a plan of action to ensure security in the entire area. Without strong drainage for rainwater, it is clear that Pompeii is destined to collapse entirely," Giovanni Puglisi said after a wall of a Roman-era shop collapsed Monday following heavy rains.

Several days ago, two other sites at ruins of the ancient city near Naples were seriously damaged by the weather, Italian news agency ANSA reported.

Culture Minister Dario Franceschini sought to meet Tuesday about the situation after the collapse of the shop in an area that is closed to the public.

Officials also blamed heavy rains for the recent collapses of a wall in the Temple of Venus and the collapse of a tomb in the necropolis of Porta Nocera, ANSA said. 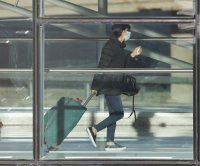