An Israeli border police walks past anti-Arab, racist graffiti spraypainted on a wall during a "Price Tag" attack by Jewish extremists in the Sharafat neighborhood in Jerusalem, Israel, February 19, 2014. The graffiti reads "No coexistence" and "Arabs = Thieves." More than 30 Arab vehicles had their tires slashed during the night during the "Price Tag" attacks which are considered a direct response by far right-wing Israelis to peace talks with the Palestinians. UPI/Debbie Hill | License Photo

Arutz Sheva, which has ties to the settler movement in Israel, cites an official statement by the militia quoting its commander Gen. Mohammad Reza Naqdi.

Naqdi said Muslims need to prepare for a "liberation battle" for Jerusalem.

Jerusalem is a holy city to Jews, Christians and Muslims. The city, divided for 20 years, was reunited after the 1967 war when Israel annexed the West Bank, and is now Israel's capital, although many countries do not recognize it as such. 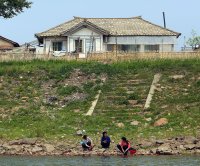 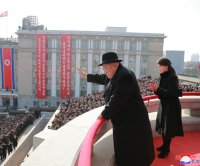