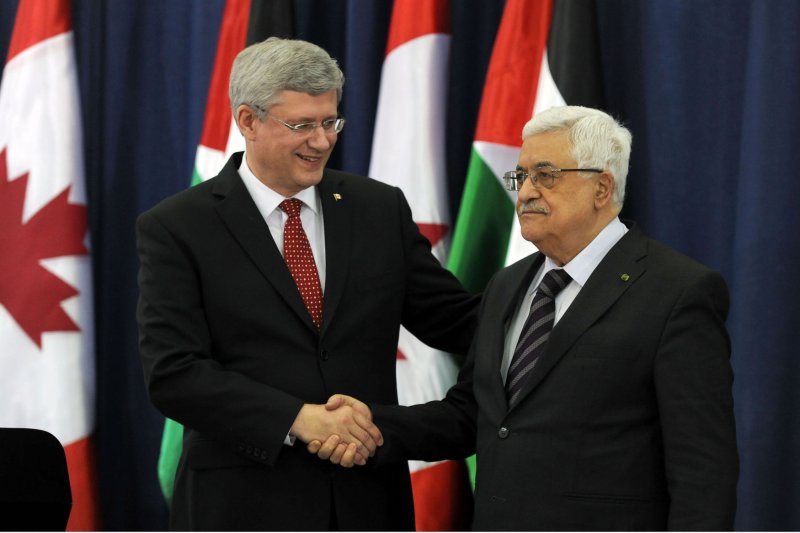 "We want an independent Palestinian state with Jerusalem as its capital and that includes all the lands that were occupied in 1967," Abbas told a press conference Monday after meeting with Canadian Prime Minister Stephen Harper, the Ma'an News Agency said.

Abbas' statement came the same day Israeli negotiators Justice Minister Tzipi Livni and envoy Yitzhak Molcho met with U.S. Secretary of State John Kerry in Washington to discuss details of a proposal he is expected to present to Israel and the Palestinians for the continuation of peace negotiations, The Jerusalem Post said.

Palestinian negotiators are expected to travel to Washington next week.

Livni and Molcho will continue discussions with Kerry's Mideast envoy Martin Indyk. Kerry who will attend the summit on Syria in Geneva Switzerland is expected to meet with Israeli Prime Minister Binyamin Netanyahu, who will be attending the annual World Economic Summit that starts Thursday in Davos, the Post said.

World News // 9 minutes ago
Germany urges Europe to close ski resorts ahead of holiday season
Nov. 26 (UPI) -- German Chancellor Angela Merkel said she is seeking a ban on ski resorts throughout Europe ahead of the holiday season to stem the surging spread of the coronavirus, but not all countries are on board.