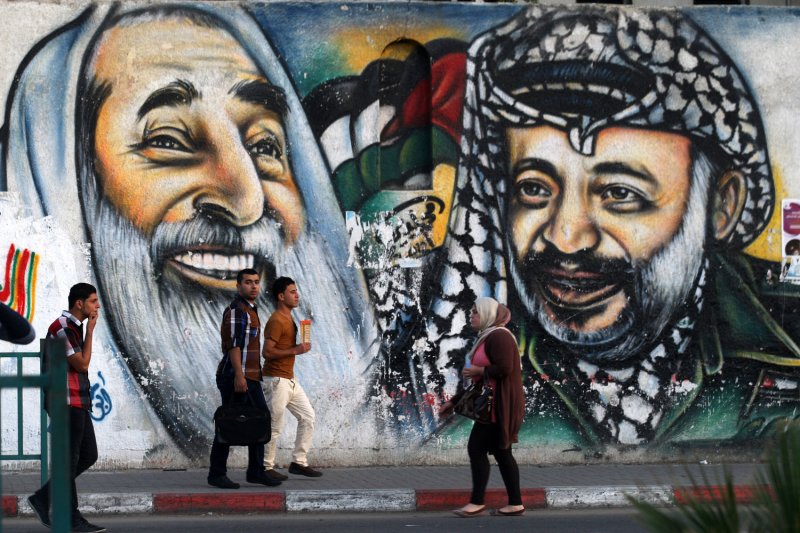 The men were released Wednesday, two days after Hamas Prime Minister Ismail Haniya said that Fatah members who fled Gaza when Islamists seized the region would be allowed to return.

Tensions between the two Palestinian groups began during fighting in 2007 that left the Islamist movement in control of Gaza.

The two sides have made many attempts to reconcile, MENA reported.

World News // 13 hours ago
Israel to transfer all travelers from abroad to quarantine facilities
April 1 (UPI) -- Israeli Prime Minister Benjamin Netanyahu on Wednesday mandated that all new arrivals to the country must be placed into quarantine.

World News // 14 hours ago
Taliban, Afghanistan prepare for prisoner swap
April 1 (UPI) -- Afghanistan and the Taliban will begin a long-awaited prisoner exchange this week, the Taliban and sources within the government said Wednesday.

World News // 15 hours ago
South Korea woman charged with baby's death after giving birth in restroom
April 1 (UPI) -- Police in South Korea arrested a woman after she gave birth in a public restroom then threw the newborn baby out a window, according to reports.

World News // 16 hours ago
Prince Charles: COVID-19 is 'strange,' 'frustrating' and 'distressing'
April 1 (UPI) -- After he himself picked up the coronavirus disease and is now in isolation, Britain's Prince Charles spoke publicly Wednesday for the first time since his diagnosis.

World News // 19 hours ago
South Korean companies calling workers back to office
SEOUL, April 1 (UPI) -- The South Korean government has warned people to keep up social distancing, but a growing number of companies are ordering employees back to the office as the number of new cases of coronavirus stabilizes.