ST. JAMES, Australia, Jan. 6 (UPI) -- The University of Queensland in Australia apologized for offering more than 400 students scholarships on Christmas Eve, only to withdraw them in the new year.

"The university has 100 scholarships, and they were awarded according to the criteria set out in the scheme," she said. "Unfortunately what happened was that everyone in the Link Access Scheme got an email telling them that they had a scholarship, but in actual fact they didn't, because there was only 100 scholarships to be awarded."

"We are very, very sorry that it happened. It shouldn't have happened and we apologize unreservedly. It was a little bit like hitting the reply-to-all button when you mean to just hit the reply button."

Families of students who received the awards said they were very disappointed after receiving the bad news from the school.

"[On] Christmas Day we were toasting to it at lunchtime. ... All of a sudden it's just gone. It just seems very unfair," said Lisa Bromilow, whose her niece, Caitie Howard, was offered a scholarship on Christmas Eve.

"As a business operator, if you make an offer to someone or award them something in writing you have to honor it," Bromilow said. "You can't then turn around then say 'Oh look, I'm really sorry. I made a mistake, you're not getting it.' It can't be morally right."

Wright said the affected students would receive a $500 start-up payment and five bonus ranks applied toward their course preferences. 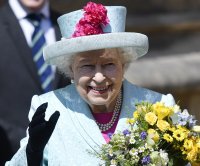 World News // 12 hours ago
Cryptocurrency linked to Facebook changes name amid backlash
Dec. 1 (UPI) -- The Libra cryptocurrency project Facebook launched in 2019 changed its name Tuesday to get a fresh start.

World News // 13 hours ago
Remains of 36 more Korean War service members identified over year period
Dec. 1 (UPI) -- Dozens of U.S. soldiers who went missing during the Korean War have been found and identified in the past year, but the search has been slowed by the coronavirus pandemic.