At least 11 killed in bombing outside of mosque in Kirkuk, Iraq

Police said the bomb exploded in Kirkuk as worshippers were leaving after morning prayers marking the major Muslim holiday of Eid al-Adha, Voice of America reported.

No group has claimed responsibility for the attack.

On Monday, U.N. Secretary-General Ban Ki-moon issued a statement condemning a series of bombings in the days leading to Eid al-Adha, calling them "particularly despicable" because they occurred as Iraqis observe the holiday by helping the needy and suffering.

World News // 5 hours ago
Canada expands travel restrictions to 3 African nations over Omicron
Dec. 1 (UPI) -- Canada has expanded its list of countries it is restricting travel from due to the new Omicron variant of COVID-19 to Nigeria, Malawi and Egypt, increasing the number of nations affected by the ban to 10.

World News // 6 hours ago
WHO advises those over 60 to avoid international travel due to Omicron
Dec. 1 (UPI) -- Amid spread of the new Omicron variant of the coronavirus, the World Health Organization has issued new advice urging some people, including those over 60, to not travel.

World News // 14 hours ago
Greece to make COVID-19 vaccine mandatory for people over 60
Nov. 30 (UPI) -- Greek Prime Minister Kyriakos Mitsotakis announced plans Tuesday to fine people over the age of 60 if they aren't vaccinated against COVID-19.

World News // 19 hours ago
Report: Taliban executed more than 100 police, military officers after takeover
Nov. 30 (UPI) -- After forcibly sweeping back to power in Afghanistan in August, the Taliban executed over 100 former police and military members, according to a report released Tuesday by Human Rights Watch.

World News // 20 hours ago
Former ISIS member gets life in prison for killing 5-year-old Yazidi girl
Nov. 30 (UPI) -- A German court on Tuesday convicted an Iraqi man on genocide and war crimes charges, over the death of a young girl he bought as a slave and ultimately killed by leaving her for hours in 120-degree heat. 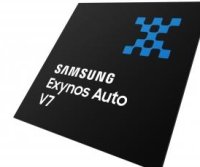