BERLIN, Sept. 30 (UPI) -- The last stretch of Germany's original Autobahn motorway, built in 1936 during the Hitler regime, is about to disappear, a newspaper report said.

The original four-kilometer (2.48 mile) section of the A11, which links Berlin to Szczecin, Poland, suffers from cracks and potholes, the German newspaper Welt am Sonntag reported, and is the last remaining part of the 3,000 kilometer (1,864 mile) roadway built in Germany prior to the advent of world War II.

"The condition of the roadway is unbearable. Everyone drives carefully on it," said Frank Gotzmann, director of the nearby town of Gartz.

Renovation, and removal of the 25-meter (82 feet) concrete slabs that comprise the road, is planned for 2015 if funding can be found, the German news website TheLocal.de said.

World News // 3 hours ago
U.N. chief calls for wealth tax as pandemic worsens global inequalities
April 13 (UPI) -- United Nations Secretary-General Antonio Guterres called for the creation of a wealth tax on those who have profited during the COVID-19 pandemic as he warned global inequalities continue to grow as infections increase.

World News // 4 hours ago
Report: North Korea may have almost 250 nuclear weapons by 2027
SEOUL, April 13 (UPI) -- North Korea's nuclear arsenal will continue to grow over the next several years, reaching as many as 242 nuclear weapons and dozens of intercontinental ballistic missiles by 2027. 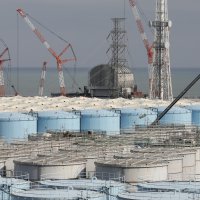 World News // 9 hours ago
Japan decides to release Fukushima wastewater into ocean
April 12 (UPI) -- Japan said Tuesday it has decided to release tons of treated wastewater from the Fukushima nuclear plant into the ocean despite strong push back from conservation groups and concern from neighboring nations.

World News // 20 hours ago
Majority in Japan want Tokyo Olympics canceled or postponed, poll shows
April 12 (UPI) -- More than 70% of people in Japan said in a poll they are opposed to holding the Summer Olympics in Tokyo.