The sport, beloved by central Asian nomads and similar to polo but with a headless torso of a goat or lamb used in place of a ball, was banned by the Soviet Union in the 1950s but has enjoyed a regional revival, the Russian news agency RIA Novosti reported Wednesday.

"The instinct of a steppe nomad awakens in participants," Dauren Abdykhanmitov of the Kazakhstan National sports Association said of the games. "These feelings are part of us, like a genetic code that is almost dormant because of our slow-moving lifestyle."

World News // 18 hours ago
Coronavirus cases slow in China as clusters grow worldwide
Feb. 25 (UPI) -- Chinese health officials on Tuesday reported 71 deaths from the coronavirus over the day prior, the lowest number it has recorded in a 24-hour period since early this month when daily death tolls were on the rise. 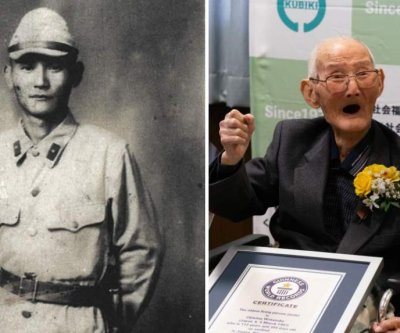 World News // 8 hours ago
U.S. airstrikes kill 4 IS fighters amid partial truce with Taliban
Feb. 25 (UPI) -- Four Islamic State fighters were killed by U.S. airstrikes in Afghanistan Tuesday during a seven-day partial truce between the United States and the Taliban, military officials said.

World News // 10 hours ago
Netanyahu to approve 3,500 Jewish homes on disputed 'E1' land
Feb. 25 (UPI) -- Israeli Prime Minister Benjamin Netanyahu said Tuesday he will approve building thousands of new Jewish settlements in a contested part of the West Bank that have been delayed for more than a quarter-century.