The first confirmed victim of the viral disease is receiving treatment at a hospital in northern Uganda, New Vision reported.

Six people who had contact with the patient, a farmer from the Agago distinct, are under surveillance, said Dr. Elioda Tumwesigye, Uganda's minister for health, at a news conference in Kampala.

He added that his office is investigating three previous deaths possibly related to the disease.

Congo Crimean hemorrhagic fever is spread from animals to humans by infected ticks. It is fatal to up to 40 percent of people who contract it.

The health minister urged people not to panic, saying the disease is not as deadly as similar viruses such as Ebola or Marburg.

"People should remain calm because Uganda has the capacity to contain it," he said.

Dr. Wondimagegnehu Alemu, country representative for the World Health Organization, confirmed Tumwesigye's prognosis, He said WHO would not issue any travel advisories for Uganda because the disease was under control.

World News // 4 hours ago
Summit aims to raise $7 billion for global vaccinations
June 4 (UPI) -- A global summit to raise more than $7 billion to fund vaccinations in low-income nations began Thursday with a $337 million contribution from the European Union. 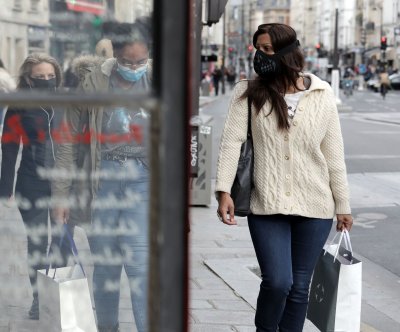 World News // 8 hours ago
South Korean man's fall at department store ruled a suicide
June 4 (UPI) -- A South Korean man died by suicide on Thursday in the central city of Daegu, according to local press reports.