CAIRO, July 31 (UPI) -- The Egyptian Tamarod movement that led protests against ousted President Mohamed Morsi wants his Muslim Brotherhood to be listed as a terrorist organization.

The movement called on the United States to give that label to the Muslim Brotherhood and said the Hamas military wing in the Gaza Strip, which is listed as a terror organization, is a brotherhood offshoot, Israel Radio reported Wednesday.

Tamarod said 120,000 people have signed a petition calling on the U.S. government to blacklist the Muslim Brotherhood.

In another development, Tamarod spokesman Mahmoud Badr said the movement hopes Egypt's interim government will formulate an entirely new constitution rather than amend the existing one drawn up by Morsi, who was ousted July 3, Masry al-Youm reported.

"We want a civilian, democratic constitution that ... upholds equal opportunity and does not differentiate between Egyptians on the basis of religion or race," Badr said. 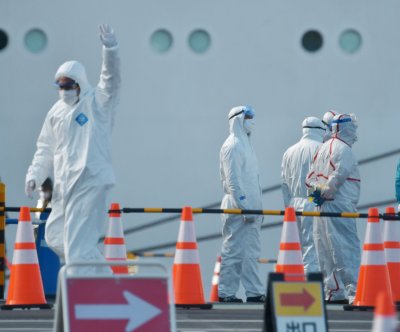 World News // 3 hours ago
2 passengers of coronavirus-infected ship die in Japan
Feb. 20 (UPI) -- Two passengers of a quarantined cruise ship in Japan have died after contracting a deadly coronavirus that has infected more than 600 people on the vessel, Japanese government officials said.

World News // 11 hours ago
German police: 11 dead, including suspect, in shootings
Feb. 19 (UPI) -- The suspected gunman who killed nine people in two shootings in Germany on Wednesday night was found dead at his home following a manhunt, police said.

World News // 18 hours ago
Drone component ties Iran to Saudi oil attacks, watchdog says
Feb. 19 (UPI) -- A part found in a drone that attacked Saudi Arabian oil facilities last year has been linked to Iran, an analysis said Wednesday, because it's the same part that goes into Iranian drones sent to Houthi rebels in Yemen.

World News // 19 hours ago
Mass animal die-off in China due to disinfectants, authorities say
Feb. 19 (UPI) -- China is using all available measures to stop the spread of the new strain of coronavirus that has killed more than 2,000 people, but some of the state's policies are provoking backlash and unintended consequences. 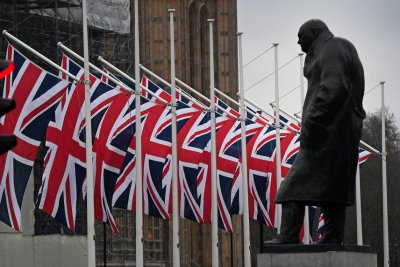