Call for action after cruise ship scare in Venice

VENICE, Italy, July 29 (UPI) -- An Italian minister called for limits on travel of cruise ships after an alleged close call of a ship passing through a Venice, Italy, lagoon.

The incident stirred fears of the ship running aground and reminded local residents of the Costa Concordia crash, off the coast of Tuscany in 2012 that killed 32 people, the Italian news agency ANSA reported Monday.

"After the tragedy of the Concordia, there is still a safety risk tied to the passage of large ships. Especially in Venice, there is an intolerable risk percentage. The government must apply [changes] immediately," said Andrea Marcucci, head of the Senate committee on art and culture.

Carnival issued a statement denying any safety violations or deviations from protocol, and the Venice port authority said testimony from crew members of tugboats indicated the same, saying the ship never came within 70 meters (229 feet) of the bank.

World News // 7 hours ago
Coronavirus cases spike in ultra-Orthodox Israeli city of Bnei Brak
April 2 (UPI) -- About 14 percent of Israel's confirmed coronavirus patients live in the ultra-Orthodox Bnei Brak, health officials said Thursday, warning that the real number of those sick in the city could be 80 times greater. 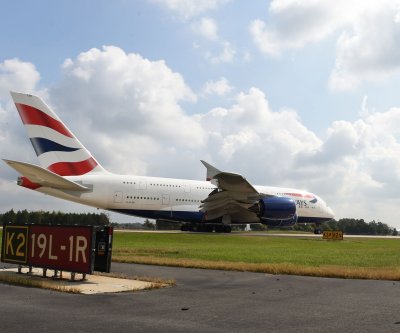