BAMAKO, Mali, July 28 (UPI) -- The U.S. ambassador to Mali said the country is ready to get beyond its interim government, as Malians headed to the polls Sunday for presidential elections.

Mali's 6.8 million voters are choosing from among 27 candidates for president. Should no clear winner emerge, voting goes to a second round Aug. 11, the BBC reported.

International observers say they are worried about whether the voting will be fair, as Islamist militants in the northern part of Mali have warned people not to take part and have threatened to attack polling stations.

U.S. ambassador to Mali Mary Beth Leonard said the country is ready for its interim government to end.

"A month ago, there were a lot of doubts [over the election]. But it has come together," she said.

A front-runner in the election, Ibrahim Boubacar Keita, called Friday for a calm day of voting and vowed to ensure that "no-one will make fun of Mali again." 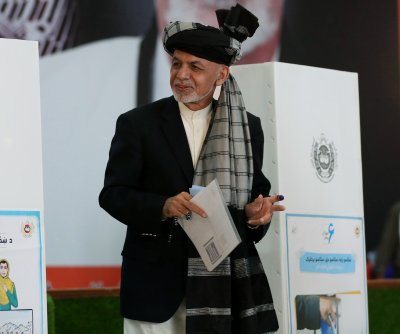 World News // 3 hours ago
EU adds 3 nations, British territory to 'tax haven' blacklist
Feb. 18 (UPI) -- The European Union added three more nations and one territory to its tax haven "blacklist" Tuesday, saying they have not made sufficient reforms to comply with EU standards.

World News // 4 hours ago
WHO confirms experts' presence at coronavirus epicenter in China
Feb. 18 (UPI) -- WHO Director-General Tedros Adhanom Ghebreyesus said Tuesday during a press briefing from Geneva that the international agency has had a team on the ground in Wuhan, China, since January.