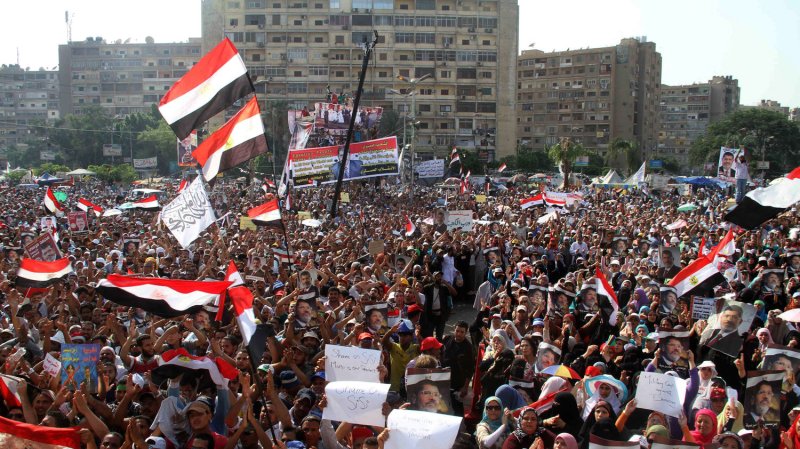 Since the ouster of Morsi earlier this month, clashes between his supporters and opponents have become an almost daily occurrence.

Six people were injured when supporters and opponents of the deposed president clashed in the Nile Delta governorate of Menoufiya, Ahram Online reported.

Stone-throwing and the use of birdshot and Molotov cocktails erupted following a verbal exchange between a pro-Morsi protester and anti-Morsi bystanders in Menoufiya's capital city of Shebin el-Koum.

Earlier Wednesday a policeman was killed and 19 were injured after an explosive device was thrown from a passing car at a police station in Mansoura north of Cairo.

A number of police vehicles were damaged and windows in the building shattered, Abram Online said.

In a separate incident, Muslim Brotherhood officials said two of its supporters were killed in an early morning protest march in Cairo.

World News // 7 hours ago
Former Vatican bank chief sentenced to 9 years for embezzlement
Jan. 22 (UPI) -- The former head of the Vatican bank was sentenced to almost nine years in prison for money laundering and a real estate embezzlement scheme during the pontificates of Pope John Paul II and Pope Benedict.

World News // 9 hours ago
British court sends 4 to prison for 2019 lorry deaths of 39 migrants
Jan. 22 (UPI) -- A British court on Friday sentenced four people to prison, including the ringleaders of a human trafficking operation, for the deaths of 39 Vietnamese migrants who died after being smuggled into Britain in 2019.

World News // 11 hours ago
U.N. official says rape, sexual violence rising in Ethiopia's Tigray conflict
Jan. 22 (UPI) -- A top United Nations official is demanding an end to sexual violence in the Tigray region of Ethiopia that has resulted from fighting between government forces and local factions.

World News // 12 hours ago
Japan, IOC reject report that officials expect to cancel Tokyo Olympics
Jan. 22 (UPI) -- Japan and the International Olympic Committee on Friday both denied a news report that claims officials expect they will have to cancel the upcoming Summer Games in Tokyo due to ongoing threats related to COVID-19.

World News // 17 hours ago
Google threatens to remove search from Australia over new law
Jan. 22 (UPI) -- Google threatened to disable its search engine in Australia if the government passes new regulations that would force large tech companies to negotiate with news organizations to present the content they produce.