BANGKOK, July 6 (UPI) -- A majority of people in Thailand are willing to go along with some government corruption as long as they benefit from it, a poll released Saturday said.

The Abac Poll found 65 percent of Thais indicated corruption is acceptable as long as they receive some benefit from it. The result was little changed from a similar poll in March, in which 65.5 percent of respondents shrugged off corruption.

Corruption has become a headline issue in Thailand, where the government this week announced a new drive to reduce corruption, the Bangkok Post said.

The Abac poll found farmers and day laborers were most willing to accept a level of graft among government officials. Civil servants and employees of government enterprises were least willing, although they were still 54 percent accepting.

The poll was conducted by Assumption University July 1-5 among 2,107 adults in 17 provinces. The margin of error was 7 percentage points. 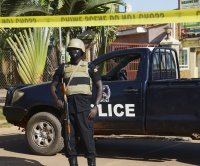 World News // 9 hours ago
At least 1 dead, 5 injured in Uganda bomb blast
Oct. 24 (UPI) -- At least one person was killed and five others were injured in a bomb blast Saturday which President Yoweri Museveni said may have been an act of terrorism. 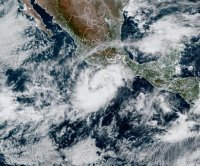