The order said anyone found to be collaborating with the organizations could be sentenced to a prison term of at least 20 years.

Also Tuesday, U.S. officials said Abubakar Shekau, the leader of Boko Haram, could be tried in the United States when he is caught.

On Monday, the United States offered a $23 million reward for information leading to the locations of Shekau and four terrorists with al-Qaida in the Islamic Mahgreb (AQIM).

The wanted suspects are accused of masterminding terrorist activities and the abductions of foreigners in West Africa.

Kurt Rice, the U.S. acting assistant director in charge of investigating threats to diplomatic security who announced the rewards program, said capture of Shekau would "check" attacks in Nigeria linked to the group and "make (Nigeria) a more stable and secure area."

He said about $125 million had been paid out to more than 80 people since the reward program, known as Rewards for Justice, began in 1984. 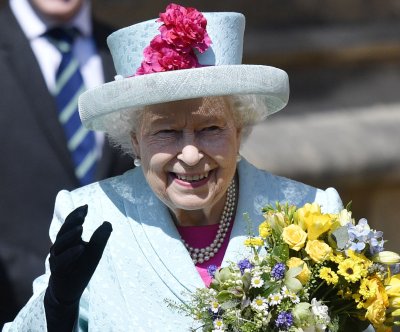 World News // 5 hours ago
Queen's Crown Estate property drops in value by $715M amid pandemic
Sept. 17 (UPI) -- The Crown Estate announced Thursday that the value of the land portfolio decreased by 1.2% amid the COVID-19 pandemic.

World News // 8 hours ago
More than 3,000 test positive in brucellosis outbreak in China
Sept. 17 (UPI) -- Doctors diagnosed more than 3,000 people in China's Gansu province with a bacterial disease known as brucellosis after a leak at a biopharmaceutical company.

World News // 16 hours ago
Korean War general's son likely died in Russian gulag, relative says
Sept. 17 (UPI) -- The only son of Gen. James A. Van Fleet, who commanded the U.S. Army during the Korean War, may have died in Russia after being captured during the conflict, according to a family member.