PARIS, April 19 (UPI) -- A fistfight on the floor of the French Parliament ended an acrimonious debate over a French government same-sex marriage bill, a member said.

About 20 right-wing members rushed the floor after a perceived insult from one of Justice Minister Christiane Taubira's advisers during the session Thursday night, Radio France Internationale reported Friday.

The official video of the proceedings was cut off as tempers rose.

"Punches were thrown," said Socialist Member of Parliament Thierry Mandon, "a sign that it's a good thing we will take the final vote on this law Tuesday."

During a protest by thousands of people outside Parliament Thursday, several dozen opponents of same-sex marriage were arrested.

In the northern city of Lille, three men appeared in court, charged in an attack on a gay bar Wednesday in which three employees were injured and furniture was smashed, Radio France Internationale said.

The proposed legislation would legalize same-sex marriages in France.

World News // 4 hours ago
South Korea holds crucial college entrance exam amid pandemic
SEOUL, Dec. 3 (UPI) -- With a slew of COVID-19 precautions in place, over 400,000 South Korean students turned out Thursday to take the eight-hour CSAT, a once-a-year exam seen as a vital stepping stone for a successful future. 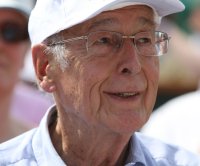 World News // 1 day ago
Israel pays $1.1B in back tax payments to Palestinian Authority
Dec. 2 (UPI) -- The Israeli government on Wednesday said it's paid more than $1 billion in a backlog of tax money to the Palestinian Authority, after an impasse over the summer interrupted what are usually monthly payments.