LONDON, Feb. 8 (UPI) -- A woman who killed her mother was convicted Thursday of killing a London grandmother two years after her release from a psychiatric hospital.

A jury at the Old Bailey found Nicola Edgington was responsible for her actions when she stabbed Sally Hodkin in 2011, The Sun reported. Edgington, 32, faces a life sentence for murder and attempted murder.

Edgington killed her mother, Marion, 60, with a knife in 2005. She was diagnosed as schizophrenic and hospitalized at Bracton Center, a semi-secure institution in Kent, until 2009.

After Thursday's verdict, Hodkin's family blamed the doctors who determined Edgington was well enough to be released for her death.

"The public need to be protected from people like her," a relative said.

Edgington had apparently stopped taking medication when she attacked Kerry Clark, a 22-year-old artist, in Bexleyheath, a suburban neighborhood in Southeast London, in October 2011. A knife was wrested away from her, but she quickly grabbed another one and attacked Hodkin, 58, a resident of Greenwich, almost taking her head off.

Before the killing, Edgington had called the police emergency number several times to warn she might become violent and saying she was a "very dangerous schizophrenic."

World News // 4 hours ago
Alexei Navalny detained upon returning to Russia after treatment for poisoning
Jan. 17 (UPI) -- Russian opposition leader Alexei Navalny was detained as he returned to Moscow on Sunday after recovering from being poisoned. 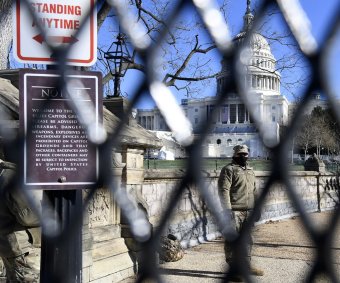