BEIJING, Jan. 23 (UPI) -- Family members of China dissident Gao Zhisheng said they have visited him in prison, marking the first confirmation he is alive in nine months.

Foreign human rights advocates had feared for Gao's life, The New York Times reported, as there hadn't been any word on his well-being since the family's last visit in March.

Human Rights in China said the brothers were told not to discuss prison conditions or the case against Gao, and were also not allowed to mention Gao's wife or children, who fled to the United States in 2009.

The Times said Gao is a human rights lawyer and Christian, and was detained after he took on touchy political cases, including defending ordinary citizens whose land had been unfairly seized.

The Times said Gao was sent to a prison in Xinjiang in 2011 for revoking his terms of suspension, and authorities said they would detain him for three years.

Gao said he suffered excruciating torture when he was previously detained in 2007.

World News // 1 hour ago
Greece to make COVID-19 vaccine mandatory for people over 60
Nov. 30 (UPI) -- Greek Prime Minister Kyriakos Mitsotakis announced plans Tuesday to fine people over the age of 60 if they aren't vaccinated against COVID-19.

World News // 6 hours ago
Report: Taliban executed more than 100 police, military officers after takeover
Nov. 30 (UPI) -- After forcibly sweeping back to power in Afghanistan in August, the Taliban executed over 100 former police and military members, according to a report released Tuesday by Human Rights Watch.

World News // 7 hours ago
Former ISIS member gets life in prison for killing 5-year-old Yazidi girl
Nov. 30 (UPI) -- A German court on Tuesday convicted an Iraqi man on genocide and war crimes charges, over the death of a young girl he bought as a slave and ultimately killed by leaving her for hours in 120-degree heat.

World News // 8 hours ago
IOC official 'disappointed' in ongoing concern for Chinese tennis star Peng Shuai
Nov. 30 (UPI) -- A top Olympic official says people who concerned about the well-being of Chinese tennis player Peng Shuai should stop speculating about a conspiracy over a recent video call between she and IOC chief Thomas Bach. 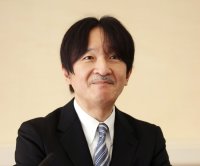 World News // 10 hours ago
Myanmar judge delays verdicts for Suu Kyi to hear from one more witness
Nov. 30 (UPI) -- A judge in Myanmar on Tuesday postponed some of the trial verdicts for ousted civilian leader Aung San Suu Kyi to allow for more testimony from a senior member of Suu Kyi's political party. 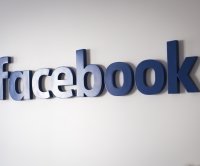