The government's talks in Havana with members of the Revolutionary Armed Forces of Colombia are aimed at ending 50 years of conflict, Colombia Reports reported.

Chief government negotiator Humberto de la Calle said his delegation had "all the will to advance" but the process "could not be prolonged indefinitely in time."

The government set November 2013 as the deadline for peace negotiations, but said it hoped a deal could be struck on agrarian reform before Easter.

"We cannot allow ... the electoral hurry of the [government to go] above the interests of all the Colombians," FARC negotiators said in statement. "Putting a deadline is not only unrealistic, it is a criminal behavior." 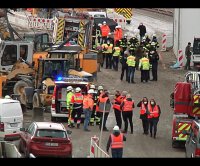 World News // 8 hours ago
Russia to expel some U.S. diplomats in Moscow in 'retaliatory' move
Dec. 1 (UPI) -- The Russian government said Wednesday that dozens of U.S. diplomats will have to leave the country before the start of February -- a retaliatory measure, it said, to the American government doing the exact same thing.

World News // 10 hours ago
Inflation rose to record level -- near 5% -- in eurozone in November
Dec. 1 (UPI) -- A global rise in the cost of energy was the main factor in pushing consumer prices in the eurozone to a record level during the month of November, officials said. 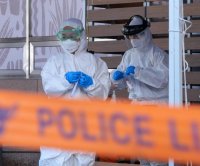