CAIRO, Jan. 3 (UPI) -- A radical group in Egypt's conservative Islamist party has broken away and could strengthen support for Sharia law ahead of legislative elections, experts said.

The group, which will be called al-Watan, or Homeland, split from the Islamist Nour Party, an ally of President Mohamed Morsi's Muslim Brotherhood, though more religiously conservative, The Wall Street Journal reported Wednesday.

Emad Abdel Ghafour, the former head of the Nour Party, announced Tuesday he was heading the split joined by hundreds of defectors.

Ghafour said al-Watan will be an ally to a party led by former presidential candidate Hazem Salah Abu Ismail, who has a following of ultraconservative Islamist activists and champions the institution of Sharia, or strict Islamic law, the Journal reported.

"It's a fundamental difference in how to practice politics," he added.

The party split could strengthen more radical parties ahead of upcoming parliamentary elections, a date for which has not been determined, the Journal reported. 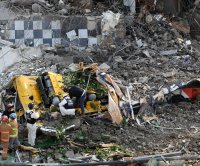 World News // 16 hours ago
Japan rejected summit with South Korea at G7, citing 'unsuitable conditions"
June 14 (UPI) -- Japan's prime minister may have snubbed South Korean President Moon Jae-in and rejected an invitation to a bilateral summit on the sidelines of the G7 summit in Cornwall, according to Japanese press reports. 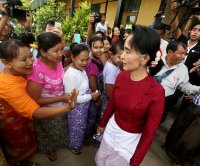