Syrian civilians flee in a vehicle at Houla near Homs, September 9, 2012, government forces shelled a number of areas in northern Syria part of efforts by the regime to target rebel strongholds.Troops used planes to hit several homes in Aleppo, the Syrian Observatory for Human Rights. UPI | License Photo

DAMASCUS, Syria, Dec. 30 (UPI) -- Syrian government troops reportedly pushed rebels out of a district in the key city of Homs and then exacted a heavy toll from civilian residents, rebels said.

As many as 200 civilians were reportedly massacred in Deir Baalbeh in the aftermath of a battle that lasted several days and some reports indicated the toll could be higher, the BBC said.

"It smells awful because the regime appears to have burnt so many bodies recently," an opposition activist in Homs told CNN Sunday. "Some cars arrived this morning and carried away dead bodies. We are not sure where."

Homs has been on the front lines for much of the bloody rebellion that has gripped Syria for nearly two years. The claims of the alleged atrocities, which were based on reports from a captured Syrian soldier, could not be independently verified since foreign journalists are barred from the country.

The London-based Syrian Observatory for Human Rights said fighting nationwide continued this weekend with the government seemingly stepping up its pressure in the suburbs of the capital Damascus.

Meanwhile, the possibility of a negotiated settlement may have improved. Russian Foreign Minister Sergey Lavrov and Lakhdar Brahimi, the joint U.N.-Arab League envoy, met this weekend to discuss a plan for elections and possible government transition.

CNN said Russia has been a staunch supporter of President Bashar al-Assad, but Moscow has seen the conflict evolving into a more sectarian conflict with various groups jockeying for power. 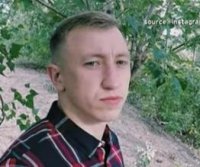