Hamas leader Khaled Meshaal kooks at a poster depicting late Hamas military commander Ahmed Al-Jaabari pasted on the remains of the car that he was riding in when he was killed in an Israeli air strike, at Rafah Crossing, in southern Gaza Strip December 7, 2012. Meshaal is making his first-ever visit to the Gaza Strip amid tight security for festivities marking the ruling Islamist movement's 25th anniversary. UPI/Mohamed Al Ostaz/Palestinian PM Media | License Photo

"Resistance is the means not the end ... for 64 years we have tried all other options but to no avail ... there is no victory without resistance," the Palestinian Ma'an News Agency quoted him as telling the crowd estimated in the tens of thousands.

"Jihad is the way to liberation, along with all types of national and diplomatic struggle ... there is no value for all those types without resistance."

Meshaal extended an olive branch to its rival, Fatah. The two groups have been at odds since armed clashes between the two broke out in 2007.

"Reconciliation means the unity of the political program ... one president and one parliament and one representative, which is the PLO [Palestinian Liberation Organization]."

Meshaal said he supports national elections but Hamas should be a political partner whatever the outcome.

Meshaal said while President Mahmoud Abbas' bid for United Nations' recognition of Palestine is "a small but important step," Hamas is committed to resisting Israel beyond the 1967 lines.

"Palestine is ours from the river to the sea and from the south to the north," Meshaal said. "There will be no concession on an inch of the land.

"We will never recognize the legitimacy of the Israeli occupation and therefore there is no legitimacy for Israel, no matter how long it will take.

Other speakers at the rally, including an anonymous masked fighter representing the military wing of Hamas, cheered the recent rocket offensive against Israel as a landmark victory over the Israeli military.

"We defeated you [Israel] with only one-tenth of our resistance fighters," said the masked man. "We used only the missile launchers and a limited number of anti-aircraft fighters."

The BBC said a centerpiece of the rally was a huge mockup of the type of unguided rockets Hamas lobbed into Israel, causing six deaths and scattered damage. More than 100 Palestinians died in air strikes launched by Israel in response.

The Ma'an News Agency said the audience, which was estimated in the thousands, was supposed to include a large delegation from Egypt's suddenly beleaguered new government. It was not clear whether the Egyptians attended, the report said. 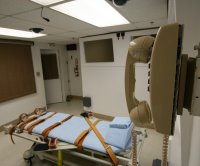 World News // 19 hours ago
Miguel Diaz-Canel becomes 1st non-Castro Cuban leader in 6 decades
April 20 (UPI) -- For the first time in more than 60 years, the leader of Cuba is not a Castro, after the Communist Party of Cuba formally chose Miguel Diaz-Canel to succeed President Raul Castro in the post.

World News // 19 hours ago
Debate grows in South Korea over women and the military
April 20 (UPI) -- A South Korean petition that has collected more than 140,000 signatures is demanding women in the country be required to perform compulsory military service. 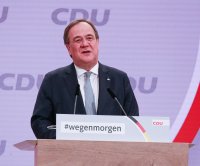 World News // 21 hours ago
Armin Laschet tabbed as German conservative nominee to succeed Merkel
April 20 (UPI) -- Armin Laschet became one of the leading candidates to replace Angela Merkel as Germany's chancellor in September after he held off Markus Soeder Tuesday. 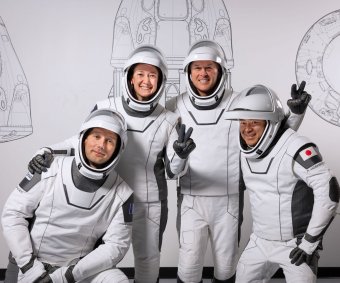