CAIRO, Nov. 28 (UPI) -- Seven expatriate Egyptians involved in making the anti-Islam film "Innocence of Muslims" were sentenced to death in absentia by the Cairo Criminal Court.

The ruling Wednesday against the seven, each a Coptic Christian, was forwarded to Cairo's grand mufti, the highest religious official of Islamic law, for his approval, the Egyptian newspaper al-Masry al-Youm reported.

The film sparked protests across the Muslim world by people who saw its depiction of Islam and the Prophet Muhammad as offensive.

Five of the defendants live in the United States, one in Australia and one in Canada, the newspaper said. 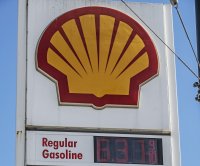 World News // 12 hours ago
Global number of refugees, forcibly displaced people passes 100M
May 23 (UPI) -- The number of global refugees and people forcibly displaced from their homes passed 100 million for the first time amid the war in Ukraine and other conflicts, the United Nation's High Commissioner for Refugees said.

World News // 15 hours ago
5.5-magnitude quake strikes in Japan off coast of 2011 Fukushima disaster site
May 23 (UPI) -- Scientists say that a strong earthquake was recorded off the coast of Japan -- near Fukushima, which was the site of a nuclear accident a decade ago that was triggered by a quake.