ROME, Nov. 2 (UPI) -- Silvio Berlusconi has recanted a threat to fell the government of Mario Monti, saying his political party would not campaign against the Italian prime minister.

Berlusconi said even though his center-right People of Freedom party would not actively work against Monti, "we are convinced that austerity measures imposed by the European Union have put the economy on an endless, downward spiral."

Berlusconi's threat had drawn criticism from within his own party.

House whip Fabrizio Cicchitto said attempts to bring down the government could shake investor confidence and cause Italy's borrowing rates to go up.

Party secretary Angelino Alfano distanced himself from Berlusconi's remarks Monday, stirring rumors of a party fracture if the ex-premier carried out his threat.

An Italian newspaper said Alfano's stance had angered Berlusconi but early Thursday he issued a statement denying any rift.

In the statement, Berlusconi confirmed "his close relationship of trust and affection" with Alfano.

World News // 14 hours ago
Coronavirus: WHO declines to declare international emergency
Jan. 23 (UPI) -- World Health Organization officials said they will not be declaring a public health emergency of international concern in response to the coronavirus outbreak in China, despite other cases arising in other nations.

World News // 5 hours ago
U.S. troop withdrawal from Iraq could endanger minority communities
WASHINGTON, Jan. 23 (UPI) -- A vote by the Iraqi parliament to expel U.S. troops in the country raises concerns about whether their absence will leave minority communities vulnerable to attacks by the Islamic State. 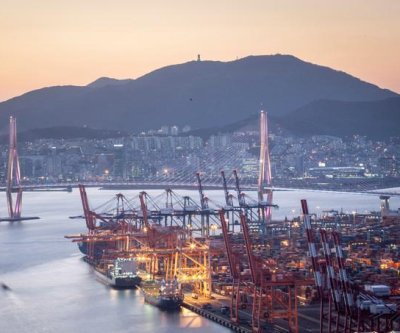 World News // 8 hours ago
36,000 flee in northern Syria after more than a dozen airstrikes
Jan. 23 (UPI) -- Tens of thousands of Syrians fled their homes and headed toward the Turkish border after multiple government attacks in Idlib province, officials said.

World News // 8 hours ago
Pence, Netanyahu condemn anti-Semitism, Iran at Holocaust Forum
Jan. 23 (UPI) -- Leaders from Russia, the United States and Israel gathered Thursday for the World Holocaust Forum in Jerusalem, where each vowed to fight what they view as a rising tide of anti-Semitism.