GAZA, Oct. 18 (UPI) -- An Israeli warplane struck two locations in the Gaza Strip Thursday in the latest in a series of attacks retaliating for rockets fired into Israel.

Several buildings were damaged but no injuries were reported.

Israel said it had targeted a "terror site" that had launched two rockets into southern Israel near the city of Netivot the night before.

Three rockets were fired into the Eshkol region of southern Israel Wednesday. Fatah claimed responsibility for the attack.

A militant riding a motorbike was killed Oct. 7 when Israel bombed a neighborhood in Rafah. Ten other people, including five children, were wounded.

In the last 10 days, eight Palestinians have been killed by Israeli airstrikes in Gaza. 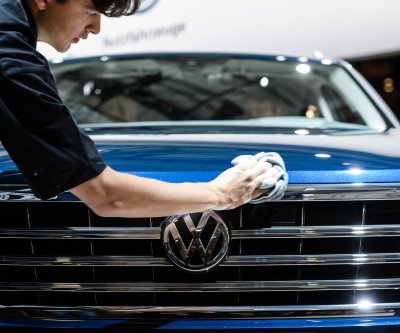 World News // 14 hours ago
Saudi Arabia to ease some restrictions this week, the rest in June
May 26 (UPI) -- Officials in Saudi Arabia said Tuesday they will relax coronavirus-related curfews and other restrictions for most of the country this week and they will be fully lifted nationwide next month.