JERUSALEM, Oct. 11 (UPI) -- The Israeli air force bombed what it called a "terror activity site" in the northern Gaza Strip early Thursday, the Israeli military said in a statement.

No one was injured in the attack.

"The IDF will not tolerate any attempt to harm Israeli civilians, and will operate against anyone who uses terror against the state of Israel. The Hamas terror organization is solely responsible for any terrorist activity emanating from the Gaza Strip," the military statement said.

World News // 9 hours ago
Woman dies after falling off French roller coaster
July 5 (UPI) -- A 32-year-old woman died on Sunday after falling off of the Formula 1 Coaster at France's Parc Saint-Paul theme park. 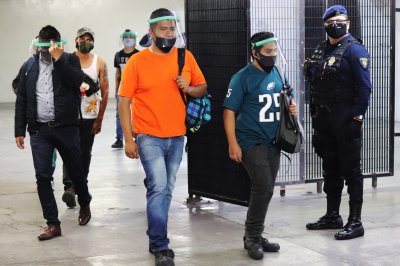