PERTH, Australia, Oct. 9 (UPI) -- The more often people hear a false message, the more likely they are to believe it and this can have alarming implications, U.S. and Australian researchers say.

Lead author Stephan Lewandowsky of the University of Western Australia, Colleen Seifert and Norbert Schwarz at the University of Michigan and colleagues found misinformation stays in people's memory and influences their thinking -- even if they know it is untrue.

"Managing misinformation requires extra cognitive effort from the individual. If the topic is not very important to you, or you have other things on your mind, you are more likely to make use of misinformation," Seifert said in a statement. "Most importantly, if the information fits with your prior beliefs, and makes a coherent story, you are more likely to use it even though you are aware that it's incorrect."

As time passes, people forget the details and when they then hear the misinformation again, it feels all the more familiar and is even more likely to be accepted, Schwarz explained.

"To be effective, corrections need to tell people what's true without repeating all the stuff that's wrong," Schwarz said. "The more often people hear a false message, the more likely they are to believe it."

To set the record straight the researchers advises to:

-- Provide people with a narrative that replaces the gap left by false information.

-- Focus on the facts, not the myths.

-- Make sure information is simple and brief.

-- Consider the audience and its beliefs.

-- Strengthen the message via repetition.

The findings were published in the Psychological Science in the Public Interest. 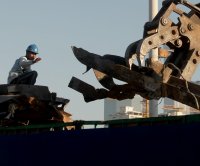 World News // 4 hours ago
China's GDP grows 4.9% in Q3
Oct. 17 (UPI) -- China's economy for the third quarter only grew 4.9% compared to the same period last year due to "complicated and severe environment both at home and abroad," The National Bureau of Statistics of China said Monday.

World News // 16 hours ago
At least 22 dead after flooding in India's Kerala state
Oct. 17 (UPI) -- At least 22 people died and several homes were destroyed as heavy rains caused flooding in the Indian state of Kerala on Sunday.

World News // 19 hours ago
Russia's Soyuz spacecraft lands in Kazakhstan after ISS mission
Oct. 17 (UPI) -- A Soyuz MS-18 space capsule with a cosmonaut and two Russian filmmakers landed in Kazakhstan on Sunday after a 3 1/2-hour trip from the International Space Station. 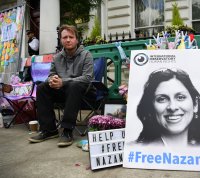