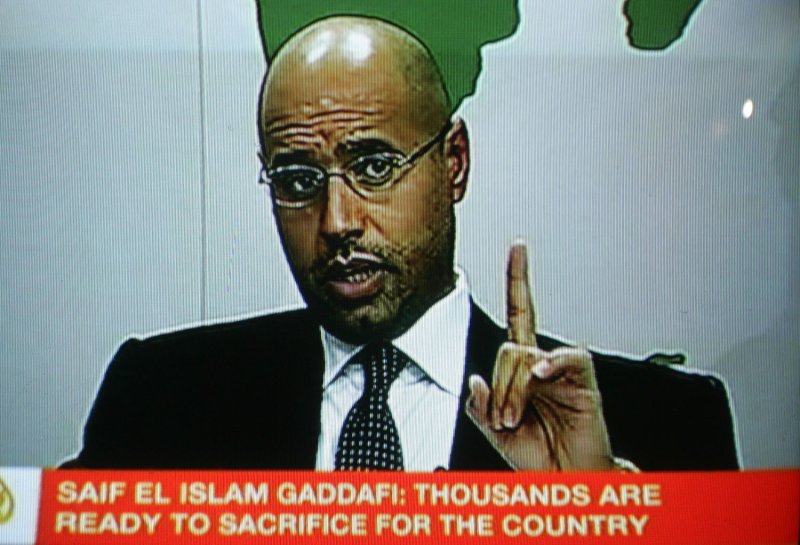 THE HAGUE, Netherlands, Oct. 9 (UPI) -- The son of deposed Libyan strongman Moammar Gadhafi should not be handed over to the International Criminal Court at the Hague, Libya said Tuesday.

The court in the Netherlands seeks to prosecute Saif al-Islam and wants Libya to hand him over.

Libyan attorneys argued that he should be tried in the country where he is accused of committing the crimes, the BBC reported.

Lawyer Almed al-Jehani called on the international community to "be patient," explaining that Libya needs time to organize a fair trial.

Libya must convince the International Criminal Court that it is willing and able to prosecute Gadhafi for the same crimes that are listed on the ICC's arrest warrant.

Court-appointed attorneys said Gadhafi has been mistreated and physically attacked since his capture in Nov. 2011.

World News // 1 hour ago
Shirly Pinto, Israel's first deaf lawmaker, sworn in by sign language
June 16 (UPI) -- Shirly Pinto on Wednesday became the first deaf member of the Israeli Knesset when she was sworn in by Prime Minister Naftali Bennett.

World News // 1 hour ago
EU diplomats favor adding U.S., several other nations to safe travel list
June 16 (UPI) -- Diplomats in the European Union on Wednesday recommended that the 27-member alliance update its COVID-19 safe travel list to include visitors from the United States, a move that's expected to take effect later this week.

World News // 18 hours ago
Several injured amid clashes during controversial flag march in Jerusalem
June 15 (UPI) -- Several Palestinian activists were injured Tuesday during clashes with Israeli security forces before and during a controversial right-wing march through Jerusalem.
Advertisement