TEHRAN, Aug. 21 (UPI) -- The Bushehr nuclear power plant in Iran is on track to reach full capacity by the end of the month, a Russian subcontractor says.

Press TV in Iran attributed the update on the Bushehr power project to a report by the Interfax News Agency in Russia that quoted a spokesman for OAO NIAEP Co. The 1,000 megawatt plant in the southern port of Bushehr came online in September last year and has been operating at 50 percent of full capacity since it was connected to the national power grid.

Atomstroyexport, the major Russian contractor at Bushehr, and the Iranian government say the plant's reactor complies with the Nuclear Non-Proliferation Treaty and is under the supervision of the International Atomic Energy Agency, the U.N. nuclear watchdog. 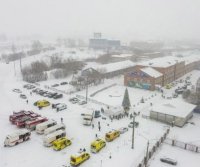