No peacekeepers were injured in the shooting which occurred near the town of Umm Shyan after Egypt beefed up its presence in the Sinai Peninsula to crackdown on terror cells operating in the area, the Israeli Times of Israel Web site said.

Following the signing of the Egypt-Israel peace treaty in 1979, the United Nations dispatched international peacekeepers known as the Multinational Force and Observers to the Sinai to ensure both countries kept the provision regarding military build up along the border.

Egypt beefed up military activities against Sinai militants after an estimated 35 gunmen stormed an Egyptian military base near Rafah, killing six Egyptian soldiers and border guards last Sunday, and waged a cross-border attack inside Israel.

Wednesday, Egypt embarked on the large scale offensive, and dispatched troops, armored vehicles and attack helicopters to fire on suspected militant strongholds in the Sinai.

RELATED Attacks in Sinai on the rise

Meanwhile The New York Times revealed that the United States and Egypt are discussing an aid package to address the deteriorating security situation in the Sinai.

The package will include sharing intelligence with Egypt's military and police in the Sinai, intercepting mobile phone conversations of suspected militants planning attacks, and will also supply overhead imagery to the Egyptians taken from satellites or drones, the paper said. 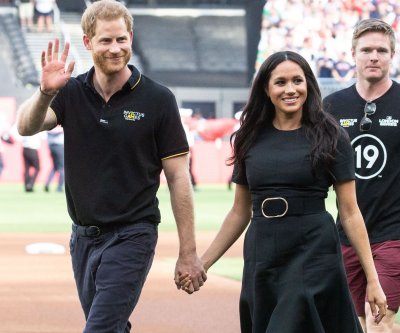 World News // 13 hours ago
Prince Harry says there was 'no other option' but to reduce title
Jan. 20 (UPI) -- Prince Harry, in his first public comments since announcing he and wife Meghan Markle will reduce their roles as British royals, said Sunday there was "no other option."