Thousands stung by jellyfish in Spain

The most common type of jellyfish found on the Costa del Sol, the Pelagia Noctiluca, are hard to see, as they're less than 2 inches in diameter, ThinkSpain reported.

Also sighted frequently are Rhizostoma Pulmo, which can be as much as about 3 feet in diameter and weigh more than 6 pounds.

ThinkSpain says thousands of people have been treated for jellyfish stings along the Costa del Sol.

Some people have used nets to catch the jellyfish, Red Cross representative said.

Officials in boats caught nearly 4 tons of jellyfish this week.

Those stung by jellyfish should seek first aid on the beach, then go to a medical center, officials say.

The officials say jellyfish stings should not be washed in fresh water.

On Spain's shores, jellyfish tend to wash up during periods of low rainfall and when there's a sudden rise in temperature and a decline in the number of turtles, natural predators of jellyfish. 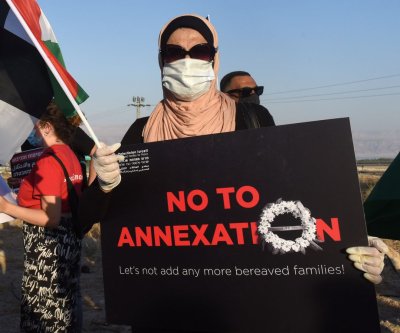