Sixty-six percent of those polled for Postmedia News and Globe TV said they believe the possession of small amounts of marijuana should be decriminalized.

The poll also indicated 75 percent of Canadians earning more than $100,000 per year are in favor of decriminalizing marijuana, as are 58 percent of those living in households with children and 67 percent of those without children.

The results are at odds with Prime Minister Stephen Harper's position.

"Let me remind you of why these drugs are illegal," Harper said at the recent Summit of the Americas in Cartagena, Colombia. "They are illegal because they quickly and totally -- with many of the drugs -- destroy people's lives and people are willing to make lots of money out of selling those products to people and destroying their lives. And no amount of law -- whether it's having the approach in the Muslim world to execution, all the way to full legalization, nothing is going to prevent the reality that this is a trade, people attempting to make rich by destroying people's lives. It's that simple." 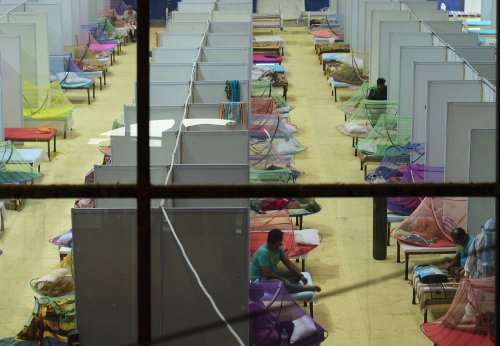 World News // 1 day ago
India surpasses milestone 4,000 deaths in a single day
May 8 (UPI) -- India set a new national record Saturday of more than 4,000 deaths from COVID-19 in the previous 24 hours, according to the health ministry.