SANAA, Yemen, May 19 (UPI) -- Ali Salim al-Beidh, the southern leader of the Socialist Party and former vice-president of Yemen, called for southern secession in a televised address.

Al-Beidh who has been in exile since 1994 civil war said he was eager to return to his homeland and share his people's suffering and struggle.

Aden Online wrote al-Beidh was planning to make a comeback on the political arena and spur on the creation of a new southern independent state. 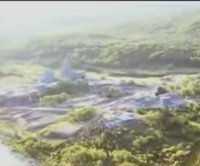 World News // 9 hours ago
Officials: 33 of 39 Canadian miners reach safety, 6 more coming
Sept. 28 (UPI) -- Canadian authorities said Monday night that 33 of 39 miners trapped underground near Sudbury, Ontario, since Sunday have been freed with the other six expecting the join the later Tuesday.