A handout picture released by the Syrian Arab News Agency (SANA) shows Syrian president Bashar al-Assad (R) shaking hands with his supporters upon his arrival to vote for the referendum on a new constitution, at a polling station, in Damascus, Syria, February, 26 2012. Syrians began voting on February 26 on a new constitution that the government says will introduce political pluralism. More than 14,000 polling stations opened nationwide for about 15 million eligible voters. The opposition announced a boycott of the referendum. UPI. | License Photo

HOMS, Syria, Feb. 28 (UPI) -- A British photographer has been spirited out of Syria, but word that a French reporter had made her way to Lebanon was retracted, The Guardian reported Tuesday.

The British newspaper said without attribution that up to 13 Syrian activists were killed getting Sunday Times photographer Paul Conroy, who was shot in the leg in Homs, out of the violence-wracked country.

The newspaper said, however, that injured French journalist Edith Bouvier had not been evacuated, as French President Nicolas Sarkozy had stated earlier, and was still in Syria.

The Guardian said efforts to get the Western journalists out of Syria came as the United Nations said "well over 7,500 people" had been killed in Syria during the 11-month government crackdown on pro-democracy protesters.

"While we cannot give exact casualty figures there are credible reports the death toll now often exceeds 100 civilians a day, including many women and children," said Lynn Pascoe, the U.N. undersecretary-general for political affairs.

"The total killed so far is certainly well over 7,500 people."

Diplomats said Conroy was smuggled to Lebanon with help from the opposition forces and Free Syria Army fighters, the BBC reported.

Meanwhile, the U.N. Human Rights Council was to conduct an emergency session in Geneva, Switzerland, to discuss the deteriorating humanitarian and security situation in Syria under President Bashar Assad's violent crackdown on protesters seeking his ouster.

Conroy and Bouvier, a journalist for French newspaper Le Figaro, were wounded in an attack on a makeshift media center in Homs Wednesday.

American journalist Marie Colvin, who worked for Britain's Sunday Times, and French photographer Remi Ochlik were killed in the attack on the media center. The BBC said no information was available on what happened to their bodies.

The Syrian Red Crescent said it had reached the Baba Amr area of Homs Monday and brought out three Syrians, including a pregnant woman, her husband and an elderly female patient, but hadn't been able to extract the Western journalists or the bodies of Colvin and Ochlik.

As many as 125 people died across the country Monday as Syrian forces were reported entering northern cities for the first time, activist groups said.

The bodies of 64 men found dumped outside Homs awaited identification, activists said. The men, taken to the Homs National Hospital, were believed to have been with an undetermined number of women and children who are missing, the opposition Local Coordination Committees said.

The men had tried to flee the daily bombardments by Syrian tank and artillery fire with their families when they were stopped and gunned down, and in some cases stabbed, by paramilitary thugs loyal to Assad, the coordination committees and another activist group said.

The Washington Post said the massacre appeared to be one of the worst instances of mass killing since the uprising against Assad's dictatorship began last March.

The Syrian Network for Human Rights said it confirmed at least 10 deaths in Sarmeen Monday when about 50 tanks surrounded the town and began shelling the city without warning. In a release, the rights organization said more than 15 shells hit a residential area.

Independent verification of death tolls and incidents is difficult because of government restrictions on media access across the country.

The U.N. Human Rights Committee was expected to discuss a confidential report in which Syrian officials thought to be responsible for atrocities are named, the BBC said.

"The task of the council is to express the disgust of the entire world at the odious crimes that the Syrian state is committing against its people," French Foreign Minister Alain Juppe said.

The violence came as the government news agency SANA reported 89.4 percent of voters in Sunday's referendum endorsed a constitution that would allow Assad to remain in power until 2028.

U.S. and European leaders condemned the vote, calling it a meaningless ruse to ensure Assad's survival rather than bring about genuine reforms.

European foreign ministers froze the assets of several Syrian government officials, imposed sanctions on the central bank, prohibited the purchase of gold, precious metals and diamonds from the country, and banned Syrian cargo flights from the European Union. 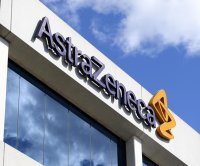 World News // 1 hour ago
Lebanon faces dangerous impasse amid calls for political change
BEIRUT, Lebanon, Jan. 27 (UPI) -- Lebanon, sinking deeper into political and financial crisis, has reached a dangerous impasse with no solution in sight to save it from a painful crash.

World News // 1 hour ago
Israeli general says U.S. return to Iran nuclear deal would be 'wrong'
Jan. 27 (UPI) -- A top Israeli military official says it's not a good idea for the United States to rejoin the Iran nuclear deal, and added that Israel's military is drawing up new contingency plans to deal with Tehran.

World News // 6 hours ago
U.N. poll: Majority want wide-ranging action on climate change
Jan. 27 (UPI) -- More than two-thirds of the world's population believe climate change constitutes "a global emergency," according to the findings of the world's largest-ever opinion poll on the issue.

World News // 17 hours ago
100M COVID-19 cases confirmed worldwide
Jan. 26 (UPI) -- The world surpassed the grim milestone of 100 million cases of COVID-19 on Tuesday as countries ramp up efforts to speed up the vaccination process.

World News // 22 hours ago
Iran says U.S. has 'very small' window to rejoin 2015 nuclear deal
Jan. 26 (UPI) -- Iran said Tuesday that the United States under President Joe Biden will only have a limited window of opportunity to rejoin the landmark 2015 nuclear deal -- which is something Biden has said he plans to do.

World News // 23 hours ago
IMF outlook projects better recovery for 2021, positive growth for 2022
Jan. 26 (UPI) -- In an updated forecast on Tuesday, the International Monetary Fund expressed greater -- but cautious -- optimism for global economic recovery over the next two years.