"I'd rather be a Carmelite monk than carry on in politics if I lose," Sarkozy recently told a colleague, Radio France Internationale reported.

"Whatever happens, I'm at the end of the road," he said. "For the first time in my life, I'm confronted with the end of my career."

New polls suggest Sarkozy will be defeated if he stands for re-election in the spring, The Daily Telegraph reported Tuesday.

He trails his Socialists rival Francois Hollande in the polls while far-right National Front Leader Marine Le Pen also is taking votes away from him.

The French president has made it clear to his political allies that he would like to follow in the footsteps of former British Prime Minister Tony Blair who went on to make millions after stepping down from his post.

"I'd like to make money," Sarkozy is reported to have told aides.

He said he dreams of a calmer life, admitting that he is worn out by the demands of being head of state.

World News // 32 minutes ago
Palestinians relinquish Arab League chair over 'rushed' normalization with Israel
Sept. 22 (UPI) -- The Palestinian Authority on Tuesday announced it will relinquish its role as temporary chair of the current session of the Arab League. 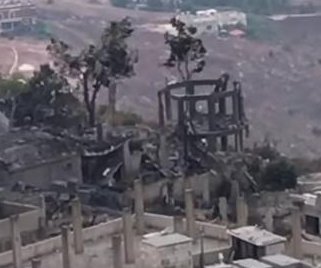