230 killed in 3 days of Syrian uprising

Syrian mourners carry the body of anti-regime protester shot dead by security forces loyal to Syrian President Bashar al-Assad the previous day during a group funeral procession in the town of Nawa, Darra city, Syria, in November 11, 2011 . Syria freed more than 1,000 prisoners in an apparent last-ditch bid to placate Arab leaders as Turkey and the United Nations warned President Bashar al-Assad to stop killing his own people. UPI | License Photo

A Syrian man shout slogans against Syrian President Bashar al-Assad during a protest before the Arab League foreign ministers emergency meeting, at the Arab League headquarters in Cairo November 2, 2011. to discuss the situation in Syria, ruled by Assad's Baath party since 1963. Damascus fully accepted a plan to end nearly eight months of bloodshed, according to a League official. UPI/ Ahmed Farid | License Photo

More than 10,000 soldiers have deserted the Syrian army, and as many as half of those conscripted did not report for duty in the last three call-ups, Western intelligence agencies told Israel's Haaretz daily.

The White House released a statement Wednesday calling for the "full withdrawal of security forces, the release of political prisoners, and unfettered access by monitors and international media to all parts of Syria."

"The United States continues to believe that the only way to bring about the change that the Syrian people deserve is for Bashar al-Assad to leave power. The words of the Assad regime have no credibility when they continue to be followed by outrageous and deplorable actions," the White House said, adding Assad "should have no doubt that the world is watching, and neither the international community nor the Syrian people accept his legitimacy."

The Idlib province massacre -- one of the deadliest in the country's nine-month uprising -- occurred Monday as hundreds of soldiers tried to flee across the Turkish border to join the Free Syrian Army, a rebel force made up of fellow defectors, opposition forces said.

Those who escaped were hunted down Tuesday, Britain's Daily Telegraph reported.

At least 73 other people were killed in Syria Tuesday in clashes between the army and opposition, most of them in Idlib, in the northwest bordering Turkey, and Homs in the central west.

Syria restricts journalist access, so it is difficult to verify or assess sometimes-conflicting accounts.

China's state-run Xinhua news said tens of thousands of Syrians were gathered in Damascus Wednesday to voice their support for Assad's government.

More than 5,000 people have been killed in the Syrian unrest, most of them anti-Assad activists, the United Nations estimates.

Assad, facing international condemnation for his brutal crackdown on opposition to his rule, claims the activists are foreign-backed "armed terrorists."

The 150 observers -- who the league said would be in place after the weekend -- are being sent to ensure the army and opposition adhere to a cease-fire and end the violence.

Syria reluctantly agreed Monday to let in the foreign observers after pressure from close ally Russia and the Arab League, which threatened Saturday to refer Damascus to the U.N. Security Council. The council was waiting for word from the league before moving ahead with a sanction resolution on Syria.

In another development, the Assad regime announced a law recommending the death penalty for anyone found arming the anti-regime "terrorists," Syrian state TV reported Tuesday.

Besides the death penalty, the law says those involved in arms smuggling "for profit or to carry out acts of terrorism" face life imprisonment and hard labor, state TV reported. 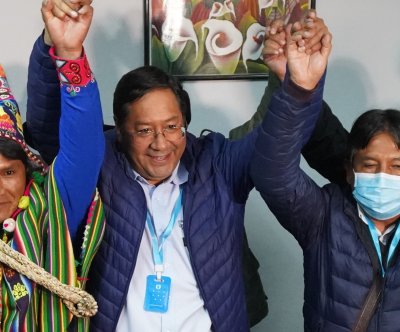 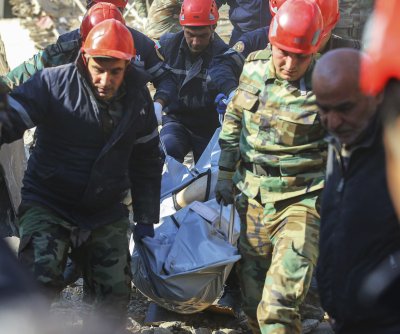 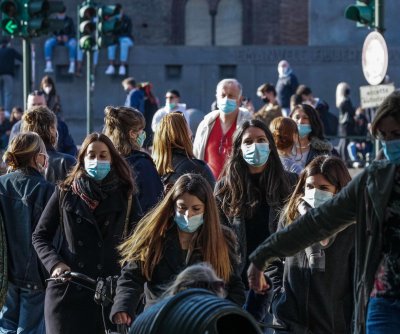 World News // 21 hours ago
World's coronavirus cases climbing at record level to 40 million
Oct. 18 (UPI) -- Coronavirus cases are surging throughout to around 40 million, growing about 1 million every three days.