Israeli Foreign Minister Avigdor Lieberman urged to submit protests to the United States and the European Union against remarks made by the Palestine Liberation Organization. UPI/Gali Tibbon/Pool | License Photo

JERUSALEM, Sept. 15 (UPI) -- Israeli officials are being urged to submit protests to the United States and the European Union against remarks made by the Palestine Liberation Organization.

"It is advisable for the world's nations to take these statements into account when discussing the Palestinian request to establish an independent state," Lieberman said in a statement.

Lieberman stressed Israel would not honor an independent Palestinian declaration of statehood, saying, "I hope common sense will prevail and we reach a point of modus vivendi, which will also allow for negotiations."

Areikat said Wednesday he believes Palestine and Israel must be separate states.

"After the experience of the last 44 years of military occupation and all the conflict and friction, I think it would be in the best interest of the two people to be separated."

World News // 12 hours ago
Thailand charges protesters with insulting monarchy
Nov. 25 (UPI) -- Authorities in Thailand are charging protesters with lese-majeste, a draconian law that can punish offenders with a 15-year prison sentence for "insulting the monarchy."

World News // 13 hours ago
EU leader hopeful for Brexit deal with deadline just 5 weeks away
Nov. 25 (UPI) -- EU leader Ursula von der Leyen said Wednesday the alliance is in the "decisive days" of Brexit negotiations and hopes a deal is still in the offing, with a little more than a month before the transition deadline.

World News // 13 hours ago
U.N.: Data lacking on North Korea's reported release of 7,000 prisoners
Nov. 25 (UPI) -- A U.N. investigator said he has heard of reports North Korea may have freed as many as 7,000 prisoners, after a report suggested the regime let go of captives suffering from malnutrition.

World News // 20 hours ago
Violence against women is raging in South Africa, data show
Nov. 25 (UPI) -- South Africa has a constitution that's revered for its commitments to human rights, but it also has one of the highest rates of femicide. The U.N. recognizes Nov. 25 as the Day for Elimination of Violence Against Women. 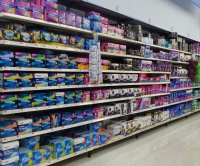