PYONGYANG, North Korea, Aug. 22 (UPI) -- Tensions between the Koreas escalated Monday, with the North planning to take over the South's property at the Mount Kumgang resort jointly operated by the two.

North Korea, accusing the South of not responding to its proposals for handling the assets of the resort, said it will legally dispose of the property valued at $447 million at the scenic location, the South Korean news agency Yonhap reported.

The resort is inside North Korea.

Yonhap reported the North wants South Korean business representatives to travel to the resort area, located just north of the countries' border, to discuss ways to manage the property. South Korean tour packages to the resort were suspended in 2008 after a South Korean female tourist was shot and killed there.

Until then, the location had been a source of currency for the Communist country, the BBC reported. The North has been pressing the South to resume the tourism program.

"We consider that the South has completely given up all rights on properties owned by South Korean companies and now start legal disposal of them," the official North Korean KCNA news agency was quoted as saying.

A Seoul government spokesman called the North's action regrettable and warned Pyongyang would be "responsible for all consequences that may happen in the future," the BBC reported.

Relations between the two Koreas have been strained since last year's sinking of a South Korean warship that killed 46 sailors and which Seoul blamed on the North, and the shelling of the South's Yeonpyeong Island last November, which killed four people, including two South Korean marines. 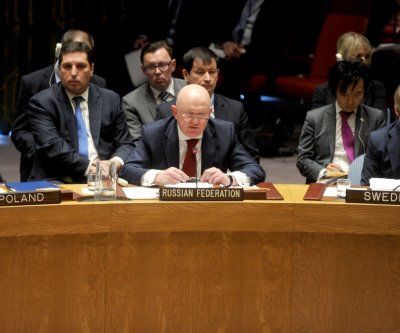