ISTANBUL, Turkey, May 24 (UPI) -- A Turkish family consultant says legalizing polygamy would protect women who are already involved in what are in effect polygamous marriages.

Islam allows men to have up to four wives, but polygamy is illegal in Turkey.

Sibel Uresin told the newspaper Hurriyet in an interview published Tuesday that about 85 percent of men cheat on their wives. While many of their paramours are really second or third wives, they have no legal status in Turkey.

"Rich men with solid careers and lots of sexual power can sometimes choose polygamy," she said. "No woman would ever become the second wife of a poor man. Men go after women who are more flirtatious, laugh more and who can satisfy them sexually. If I were a man, I would have been polygamous,"

Uresin said she believes most women would also prefer being a senior wife to the economic hardship and uncertainty of divorce. 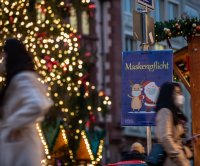