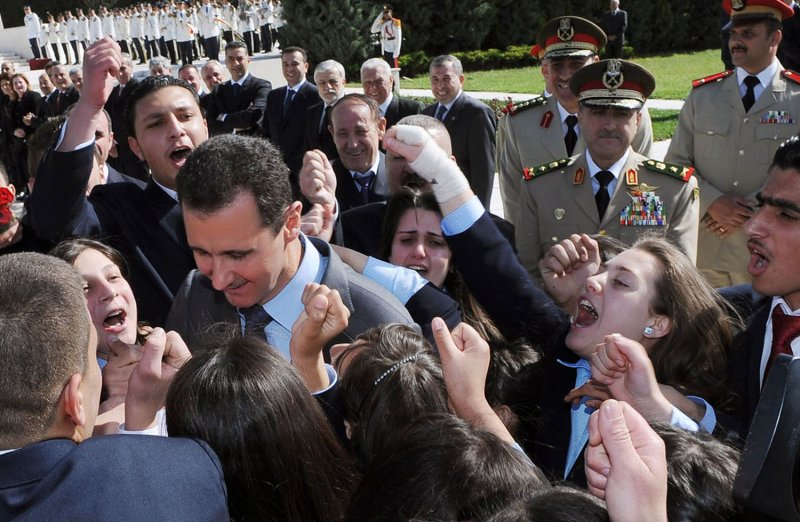 Syrian President Bashar al-Assad(L) is greeted by children of soldiers during a ceremony to mark Martyrs' Day at the Tomb of the Unknown Soldier in Damascus May 6, 2011. UPI/Handout.. | License Photo

The sanctions prohibit 13 top Syrians from entering EU countries and call for a freeze on any accounts they have in European banks, the EUobserver reported.

They also include an arms embargo and a ban on sales of equipment that can be used for internal repression.

Among the 13 is the younger brother of Assad, 43-year-old Maher Assad, who commands an elite military Syrian division.

The EU journal called the younger Assad "the principal overseer of violence against demonstrators."

Also on the list is the president's cousin, Rami Makhlouf, a 41-year-old billionaire who is the only one of the 13 listed who has no formal connection to Syria's security services.

Others on the EU list include two more family members.