Changes to the Austrian Asylum Act are to be discussed by the country's lawmakers next week and could be adopted later in April, Andrej Mahecic, a spokesperson for the U.N. High Commissioner for Refugees, said in a release.

"Of particular concern to us are provisions that would require all new asylum-seekers to stay in a reception center for up to seven days, with possible detention for anyone who breaks this rule," Mahecic said at the agency's headquarters in Geneva, Switzerland.

The changes "constitute an unjustified restriction on freedom of movement," Mahecic said, as well as bar new asylum-seekers from seeking their own legal advice or support.

"Even a child awaiting the outcome of an asylum application and whose parents already reside legally in Austria would be affected by this new law," he said. "Families could be separated for up to a week."

He called on Austrian lawmakers to give priority to the best interests of the child when considering the bill.

World News // 10 hours ago
Israel to transfer all travelers from abroad to quarantine facilities
April 1 (UPI) -- Israeli Prime Minister Benjamin Netanyahu on Wednesday mandated that all new arrivals to the country must be placed into quarantine.

World News // 11 hours ago
Taliban, Afghanistan prepare for prisoner swap
April 1 (UPI) -- Afghanistan and the Taliban will begin a long-awaited prisoner exchange this week, the Taliban and sources within the government said Wednesday.

World News // 12 hours ago
South Korea woman charged with baby's death after giving birth in restroom
April 1 (UPI) -- Police in South Korea arrested a woman after she gave birth in a public restroom then threw the newborn baby out a window, according to reports.

World News // 14 hours ago
Prince Charles: COVID-19 is 'strange,' 'frustrating' and 'distressing'
April 1 (UPI) -- After he himself picked up the coronavirus disease and is now in isolation, Britain's Prince Charles spoke publicly Wednesday for the first time since his diagnosis. 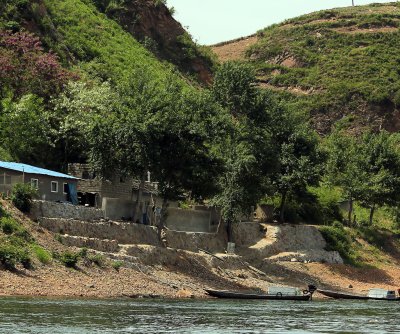 World News // 16 hours ago
South Korean companies calling workers back to office
SEOUL, April 1 (UPI) -- The South Korean government has warned people to keep up social distancing, but a growing number of companies are ordering employees back to the office as the number of new cases of coronavirus stabilizes. 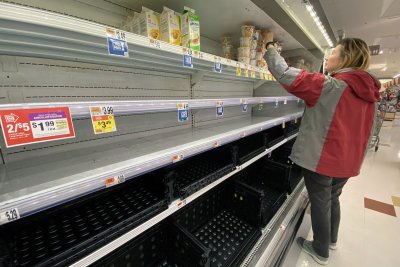