"In such moments, a political crisis amounts to a big push to ensure that we fall into the arms of outside aid," Fernando Teixeira dos Santos said ahead of Wednesday's Parliament vote on a fourth austerity budget in 11 months that all opposition parties vowed to vote against.

The looming political crisis comes on the eve of a two-day European Union summit to beef up an EU-International Monetary Fund emergency rescue fund for ailing euro-based economies, intended to resolve the region's sovereign-debt crisis and restore investor faith in the fiscal soundness of the 17-nation eurozone.

Portugal's central bank, the Bank of Portugal, forecast in January the economy would contract 1.3 percent this year.

Pending cuts threatened to trigger social unrest in Portugal, The New York Times said. Hundreds of thousands of Portuguese, already struggling with a record 11.2 percent unemployment rate, took to the streets in 11 cities this month to protest the additional cuts.

Socrates -- who said his austerity plan would cut the country's budget deficit to 4.6 percent from 7.3 percent this year -- vowed to resign if his budget was voted down.

The Socialists have 97 of 230 Parliamentary seats. The budget needs 116 votes to pass.

If Socrates resigns, recently re-elected President Anibal Cavaco Silva would then decide when to call a general election. Portugal can hold a snap election as early as 55 days after the president calls one, the constitution states. The outgoing government would remain in place.

Socrates would go to the EU summit as Portugal's outgoing prime minister of a caretaker government with limited powers, the Financial Times said.

Portugal has $5.7 billion in cash reserves and $12.8 billion in debt due to mature in April and June, Capital Economics Ltd. economist Emilie Gay told The Guardian. 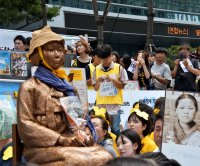